Raila said the verdict upholds the sovereignty of the people of Kenya.

• Raila said the the judgment is an affirmation that the state organs must subject itself to the will of the people and must never usurp their sovereignty.

• Raila said it's time the country had a conversation on the separation of power between the judiciary, executive and legislature. 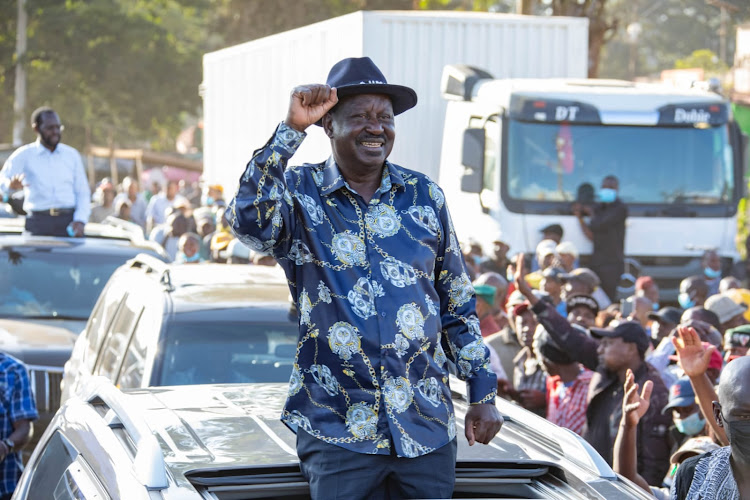 ODM leader Raila Odinga has welcomed Supreme Court judgment on the Building Bridges Initiative saying it has upheld the sovereignty of the Kenyan people.

In a statement on Thursday, Raila said the the judgment is an affirmation that the state organs must subject themselves to the will of the people and must never usurp their sovereignty.

"I wish to applaud the verdict particularly in the background of questions surrounding amendments to the constitution," Raila said.

The ODM leader, however, pointed out that the apex court upheld all provisions of the initiative save for the part where the state was faulted for participating in a citizen-centered process.

"I note that the BBI process has been upheld. What has been faulted is the role that the State is said to have played at the commencement of the popular initiative.

While delivering their ruling, all the seven judges of the Supreme Court except justices Njoki Ndung'u and Isaac Lenaola held that the president cannot initiate a popular initiative.

President Uhuru Kenyatta and Raila were the initiators of the constitutional change process and not the people, the court affirmed.

According to the ODM leader, there is still room for a constitutional change process to be realized  on the strength of the items that were upheld by the court, including the creation of 70 new constituencies.

"We shall deliberate on the way forward and decide on a future course of action that protects the interests of all those who voted to see the amendments come to light," Raila said.

Further, Raila welcomed remarks by CJ Koome regarding the relationship of the judiciary and other arms of government in the constitutional change process.

Raila said that time for the country to have a conversation on the matter was nigh.

"It is time the country has a conversation regarding the separation of powers between the Executive, the Legislature and the Judiciary."

He said the conversation should include "the roles of checks and balances of each arm of government so as to enhance governance in the constitutional order."

The Azimio presidential candidate said each arm of government should exercise its mandate without jeopardizing the obligation of other arms of government to deliver on their mandate to the people of Kenya.

The Supreme Court ruled that the BBI is unconstitutional.
News
10 months ago