Koome said such comments may serve to taint the image of the court.

• She said the contents of the social media posts were, in the court's view, meant to influence, intimidate or scandalize the court.

• She said any such comments would amount to professional misconduct especially on the part of the counsel involved in the case. 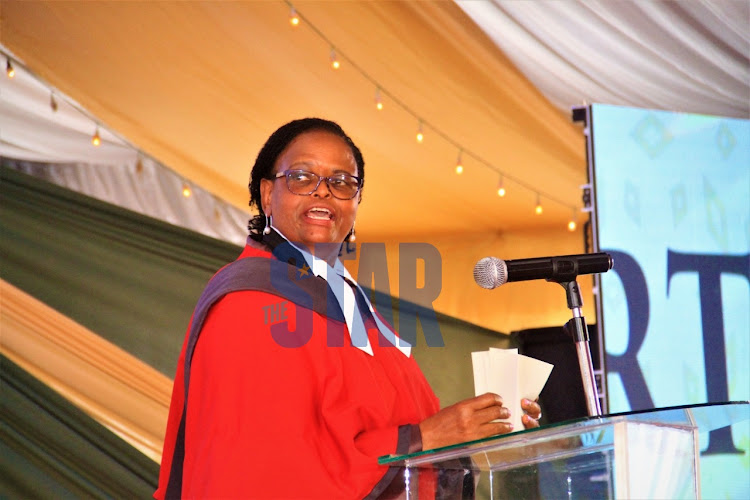 Chief Justice Martha Koome during the swearing-in ceremony of Court of Appeal president Daniel Musinga at the Supreme Court on June 11, 2021.
Image: FILE

Chief Justice Martha Koome has expressed displeasure with a section of senior lawyers in the country over their comments on the BBI appeal proceedings at the Supreme Court.

Koome said such comments may serve to taint the image of the court.

"In the course of writing this judgment, the court observed with concern some commentaries carried out in the social media by some counsel, some of whom are appearing in this matter," Koome said.

"They cast aspersions on the court. For counsel to appear before the apex court and then proceed to hull unnecessary diatribe, insults and speculation  on pending judgments amounts to unethical conducts on the part of the counsel.

Koome spoke shortly before delivering the Court's judgement on the BBI appeal on Thursday.

She said the contents of the social media posts were, in the court's view, meant to influence, intimidate or scandalize the court.

Koome said the comments went against the provisions of the Advocates Act that deals with dishonourable conduct of in compatible with the status of an advocate.

The CJ blasted the Ahmednasir over a series of comments he made on twitter on February 8 and 15 and March 29.

She said the tweets besmirched the apex court.

"This unfortunate practice is emerging and unless it is checked, it will erode the confidence and the dignity of the court," Koome said.

This is my tweet ya jana...surely why should CJ KOOME and the court be unhappy with this? Probably it is time eminent Kenyan scholars like Prof @JTGathii and Prof @SylviaKangara write a scholarly paper on this old but topical topic... https://t.co/bzm0S226i8

According to Koome, such comments would amount to professional misconduct especially on the part of the counsel involved in the case.

"Section 17 of the Advocates Act envisages the rank and dignity of senior counsel is confined on the basis of irreproachable professional conduct," Koome stated.

She said the Act also applies to those lawyers not involved in the case as they are aware they are not allowed to comment on matters before the court.

"It is a well established practice that counsel should refrain from directly or indirectly trying to improperly influence the court to rule in one way or the other," Koome said.

Her comments echoed those by Justice Smokin Wanjala who said some lawyers have taken to intimidating the court in the hope of influencing it to rule in their favour.

The judgment follows nullification of the BBI by Court of Appeal  on August 25, 2021.
News
4 months ago
WATCH: The latest videos from the Star
by EMMANUEL WANJALA Radio, Print & Digital Reporter
News
31 March 2022 - 15:19