Severe period pain could be a sign of endometriosis

Among the symptoms are painful periods and chronic pelvic pain.

• Endometriosis is a disease where tissue similar to the lining of the uterus grows outside the uterus, causing pain and sometimes, infertility.

• Another symptom of Endometriosis is pain during the time of ovulation, during or after sex, painful bowel movements, urination, abdominal bloating and nausea. 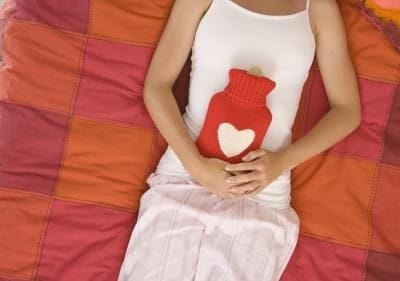 The National Endometriosis Awareness Month is observed in March.

Endometriosis, according to the World Health Organisation (WHO), is a disease where tissue similar to the lining of the uterus grows outside the uterus, causing pain and sometimes, infertility.

However, this severe disease is still a mystery to scientists and doctors worldwide as it is difficult to diagnose and has no cure.

WHO says that this is largely due to the variable and broad symptoms of the disease, not to mention that many individuals suffering from it have limited awareness of the condition.

“This can cause a lengthy delay between onset of symptoms and diagnosis and treatment is usually aimed at controlling the painful symptoms,” says WHO.

Among the symptoms are painful periods and chronic pelvic pain.

Dysmenorrhea, which is severe period pain, should be a cause for concern for women who experience it.

Another symptom of Endometriosis according to WHO is pain during the time of ovulation, during or after sex, painful bowel movements, urination, abdominal bloating, and nausea.

“Depression or anxiety can also be a sign of Endometriosis if it is accompanied by the above-mentioned signs. It can cause severe pain, anxiety, and depression, and can prevent people with the disease from going to work or school,” says WHO.

WHO says that access to early diagnosis and effective treatment is important, but is limited in many settings, including in low- and middle-income countries.

“There is a dire need for more research and awareness-raising around the world to ensure effective prevention, early diagnosis, and improved management of the disease,” they said.

They advise that if you think you have Endometriosis, you should see your healthcare provider.

Miscarriage: 'I was in pain and they did not listen'

About one in five pregnancies ends in miscarriage.
News
4 months ago

Ladies, here are a few reasons to rejoice over your period

Your period is not such a bad thing. There is much reason to actually appreciate.
Sasa
5 months ago
WATCH: The latest videos from the Star
by SELINA TEYIE
News
30 March 2022 - 07:59