A comprehensive schedule of elections in different counties to be issued on April 4.

• ANC party is looking forward to having a free and fair nomination across the country.

• UDA party on the other hand said it will subject all aspirants to a competitive exercise save for areas where there is a single aspirant. 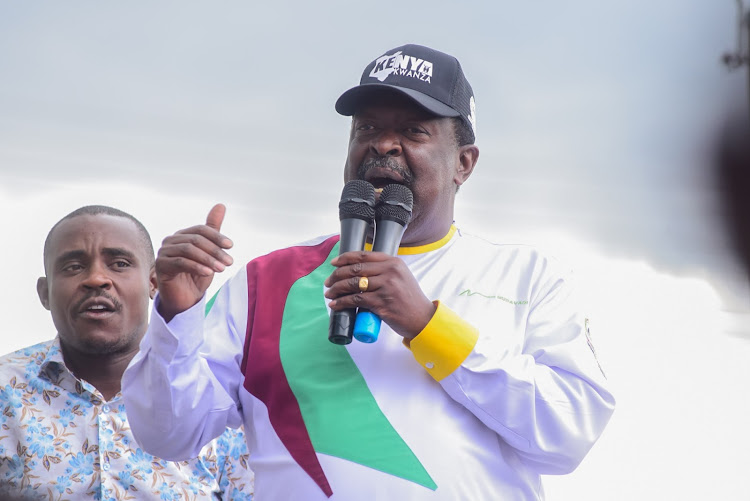 Amani National Congress party led by Musalia Mudavadi has announced that it will carry out countrywide nominations from April 12 to 20.

In a notice on Wednesday, ANC’s Elections Board said that it will issue a notice of a comprehensive schedule of elections in different counties on April 4.

“Pursuant to the provisions of the party constitution, the Elections Board (EB)hereby informs the ANC party aspirants and all its members that party nominations will take place from April 12 to April 20, 2022,” Salim Mohamed, ANC'S chairman of the Elections Board said.

ANC party said it is looking forward to having a free and fair nomination across the country.

United Democratic Alliance (UDA) party led by Deputy President William Ruto has set April 14 as the date of its primaries.

UDA's National Elections Board (NEB) chairman Anthony Mwaura said the nomination for all the wards, constituencies, and counties will be held on the same day.

Mwaura said the party will subject all aspirants to a competitive exercise save for areas where there is a single aspirant.

"The Board is now pleased to announce that it will conduct nominations across the country on the 14th of April 2022," Mwaura said.

According to the Elections Board, over 6,000 aspirants have applied to contest on the party's ticket.

"What I’m worried about is the strategy that will enable us to defeat UDA," Ledama said.
News
10 months ago

UDA nominations to be conducted on April 14