Before 2017, about 100 million plastic bags were used in Kenyan supermarkets every year.

•Kenya banned plastics carrier bags on February 27, 2017, many thought it was the end of the menace.

•Despite the ban coming into effect in August 2017, banned plastics are still getting into the country. 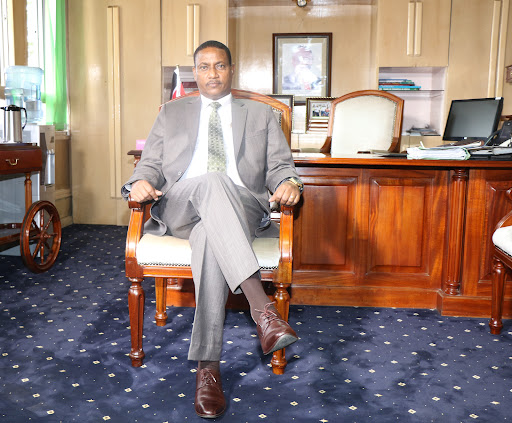 When Kenya banned plastics carrier bags on February 27, 2017, many thought it was the end of the menace.

The ban came into effect in August 2017.

UNEP says at least 11 million tonnes of plastic are dumped into water bodies every year.

For instance, a study supported by Nema in 2017 showed more than 50 per cent of livestock had ingested plastics.

The study conducted in Dagoreti, Kiserian and Kenya Meat Commission showed that affected livestock was weak, with lower milk and beef production.

The government says the ban will help protect the environment and improve living standards.

The authority has been facing challenges in Garissa, Mandera, Moyale, Busia, Taita Taveta, Namanga and other border posts.

Today, National Environment Management Authority says the ban on single-use plastics is over 95 per cent.

Nema boss Mamo Mamo, on Monday, told the Star that the recent historic UN resolution on plastic pollution is a major win for the country.

Mamo said the resolution will be used to rally EAC member states to find a lasting solution to the menace.

The DG said in his office that the resolution by the just-concluded UN Environment Assembly offers the best platform for Kenya to push for a regional pact to address plastics.

“We will be able to push for the regional pact working closely with the Regional Director Generals of environmental entities. We will put structures in place, and I hope the regional bill in the {EAC} assembly will be able to go through so that we can start implementing the framework given as from 2024,” Mamo said.

On March 2, heads of state, environment ministers and other representatives from 175 nations, endorsed a historic resolution to end plastic pollution, and forge an international legally binding agreement, by the end of 2024.

The resolution, based on three initial draft resolutions from various nations, establishes an Intergovernmental Negotiating Committee (INC) which will begin its work this year, aiming to complete a draft legally binding agreement by the end of 2024.

That in turn, is expected to present a legally binding instrument, which would reflect diverse alternatives to address the full lifecycle of plastics, the design of reusable and recyclable products and materials, and the need for enhanced international collaboration to facilitate access to technology, to allow the revolutionary plan to be realized.

Mamo said the resolutions will guide EAC countries on how to jointly address the plastic menace.

“We have to put the experts in place to look at the alternatives of plastic and also the mechanism of supporting this financially and enforcement in our region. We are going to have a collective approach in the region and East African Community,” Mamo said.

Mamo said the DGs of the environmental authorities will take charge and start working together to be able to realize the pact.

Mamo said the sustainable waste management policy and the marine litter policy that was launched by the Environment Ministry on the sidelines of the assembly will go a long way in addressing the plastic challenge.

He said the two policies will assist in the enforcement action to ensure that land-based activities do not impact Kenya’s marine ecosystem.

Mamo said the UN resolution showed that the country had made great strides and shown leadership in the protection of the environment in the region.

“We have very good laws as a country in terms of managing single-use plastics; I think the same can be borrowed by other countries,” he said.

Mamo said environmental officers have been posted to the border post to help monitor the movement of banned plastics.

He said a multi-agency team composed of agencies such as KRA, Anti-counterfeit authority among others is working round the clock to ensure that there is a common approach to addressing plastics coming into the country.

“We have also brought on board Interpol to be able to address the issue of gross border plastic pollution among other wastes.”

Kenya’s hard stance against plastic pollution comes weeks to the resumption of the fifth UN assembly.
News
4 months ago

Before 2017, about 100 million plastic bags were used in Kenyan supermarkets every year.
News
6 months ago
“WATCH: The latest videos from the Star”
by GILBERT KOECH News Reporter
News
30 March 2022 - 01:34