Candidate, 24, who scored 415 in KCPE appeals for school fees aid

• Wasonga said that he is self driven and is working hard to become a doctor. 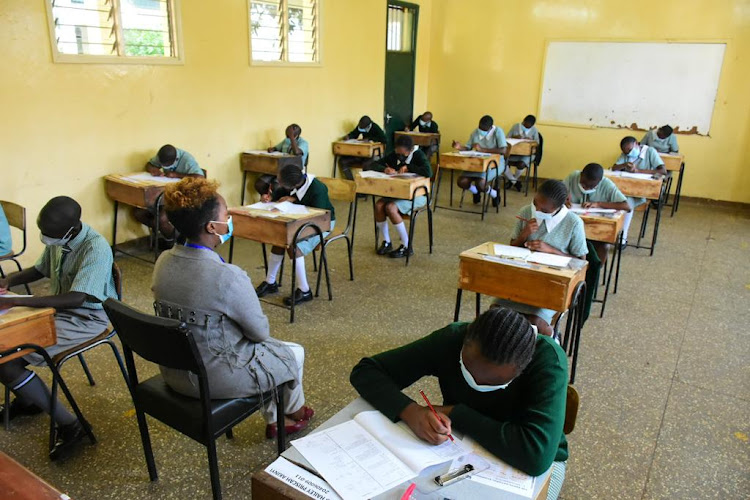 A 24-year-old KCPE candidate who scored 415 marks has appealed for help as he looks forward to joining secondary school.

He said that he hopes to join Kapsabet High School, a national school in Nandi County.

"My biggest challenge is how I'll be able to proceed with my secondary education. I have no fees," he said.

Wasonga said he is self-driven and is working hard to become a doctor.

"I have always been self-driven because I believe I am going to be somebody out there. I would like to be a medical doctor, God willing."

A teacher at Onyalo Primary School said it was difficult to admit him to the school as the teachers were suspicious of him because of his age.

"They said he is 20 years plus and maybe he has a hidden agenda," he said.

The teacher ended up convincing the others to let him in and they rented him a place to stay.

The teacher added that Wasonga is in dire need of financial assistance and appealed to the public for support.

"I just want to appeal that whoever has some support, please give it to our boy," he said.

Wasonga is an orphan.

It is the fourth time in the last ten years that he sat for the KCPE exams.

Sickly boy in and out of hospital but became Coast's KCPE superhero.
Counties
3 months ago

Asigo attributed the good performance to hard work and teachers support.
News
3 months ago
WATCH: The latest videos from the Star
by SHARON MWENDE
News
30 March 2022 - 19:24