•Magata Bruce from Gilgil Hills Academy was the top candidate in the 2021 KCPE exam closely followed by  Ashley Kerubo with 427 marks. 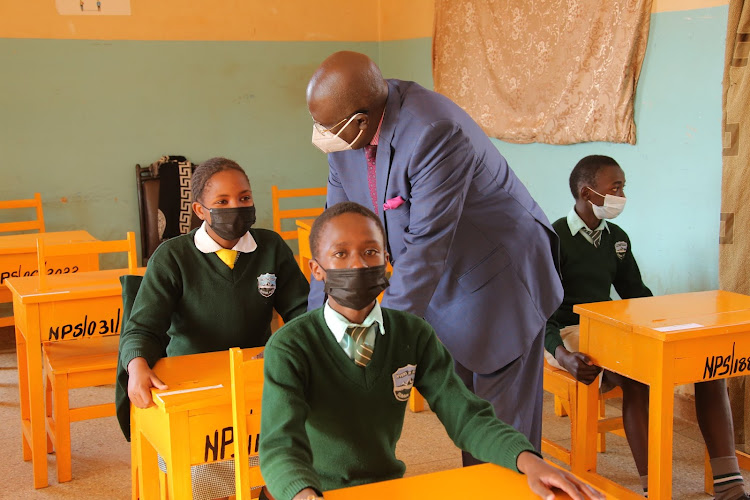 In his announcement, the CS highlighted the top performers in the examination which is the second last exam before the education curriculum fully shifts to the Competency-based Curriculum.

Magata Bruce from Gilgil Hills Academy was the top candidate in the 2021 KCPE exam closely followed by  Ashley Kerubo with 427 marks.

They scooped 8 out of 10 positions countrywide.

They scooped 10 of the 15 top positions countrywide.

They performed even better in the top five, producing the first four, with only one candidate from a private school emerging in the fifth position.

“In particular, I am impressed that public schools have shone in the 2020 KCPE, scooping 10 of the top 15 overall slots in the examination,” Magoha said last year.

Traditionally, private schools have dominated while public schools have over the years been characterized by poor performance.

The development opened a puzzle as to why and what brought about the shift.

Maiyo, the Kenya Parents Association chairman said the availability of textbooks meant that learners can learn even in absence of teachers.

Since 2003, the government has been providing tuition capitation of Sh1,420 to each learner hence no cost attending a public school.

WATCH: The latest videos from the Star

Magata Bruce from Gilgil Hills Academy was the top candidate in 2021 KCPE exam.
News
6 months ago

How to check your KCPE results online

The service will be made available immediately after Magoha's address.
News
6 months ago

Magata was closely followed by Ashley Kerubo with 427 marks.
News
6 months ago
Post a comment
WATCH: The latest videos from the Star
by PURITY WANGUI
News
28 March 2022 - 15:25
Read The E-Paper