Sh300 nets that paralyse mosquitoes, reducing spread by half

The first trial was conducted in Tanzania; second trial is happening in Benin.

• The nets are treated with chlorfenapyr as well as pyrethroid, the usual chemical used

• “These exciting results highlight that we have another effective tool to help control malaria.” 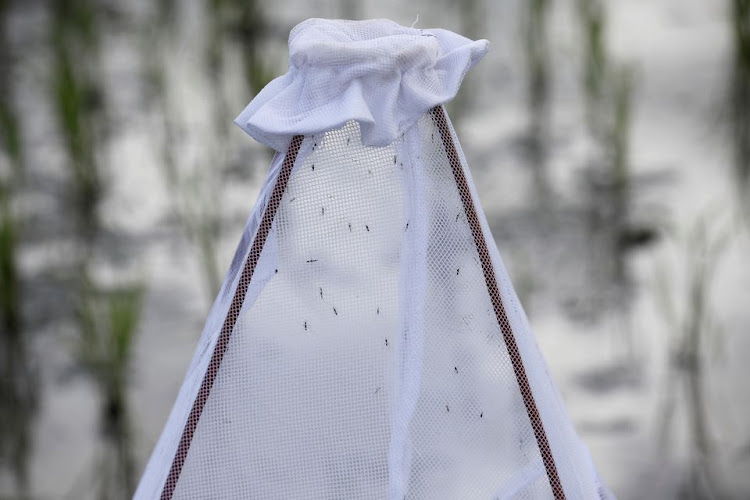 Anopheles mosquitoes are seen in a net placed in a rice field during a test in the use of drone technology in the fight against malaria near Zanzibar City, on the island of Zanzibar, Tanzania, October 30, 2019.
Image: REUTERS

A new weapon that could help in the fight against malaria has been discovered by scientists after a large trial in Tanzania.

The study which was carried out and published in the Lancet has seen the development of a novel class mosquito net that kills mosquitoes that are resistant to traditional insecticides by making them unable to move, bite or fly, reducing significantly the spread of infections in children and pregnant mothers.

Unlike other insecticides which kill mosquitoes through the nervous system, the effects of the new bed nets mean the mosquitoes will die from starvation.

According to the 2020 Kenya Malaria Indicator Survey, Malaria disease prevalence reduced in Kenya from eight per cent in 2015 to six per cent in 2020 due to sustained interventions.

However, 627,000 people died of malaria, mainly children in Sub-Saharan Africa and much intervention is needed to curb the disease.

“Malaria remains a huge problem across sub-Saharan Africa. We urgently need new interventions to get control efforts back on track and protect young people from this deadly disease,” Dr Jacklin F. Mosha from the National Institute for Medical Research, Tanzania, the study’s first author said.

“These exciting results highlight that we have another effective tool to help control malaria.”

The study was conducted by the London School of Hygiene & Tropical Medicine (LSHTM), National Institute for Medical Research, Kilimanjaro Christian Medical University College in Tanzania, and the University of Ottawa, Canada.

Experts say the new insecticide which is also the first in 40 years to be developed, is both safe and effective in a real-world randomized trial.

The chemical, chlorfenapyr, was first proposed for use against malaria 20 years ago and has been used for pest control since the 1990s due to its ability to ground mosquitoes.

The nets are treated with chlorfenapyr as well as a pyrethroid, the usual chemical used, reduced malaria prevalence when compared with the existing nets by 43% in the first year and 37% in the second year of the trial.

However, the researchers warned that mosquitoes do not also quickly develop resistance to chlorfenapyr if it is used widely.

“National Malaria Control Programme and stakeholders should urgently advocate for better textile and insecticide durability for all novel classes of bed nets to maximize their longevity and potential,” they advised.

Alongside the malaria vaccine which was approved in 2021, the nets will be available for only Sh344.25.

The World Health Organization has already pre-qualified the use of the new nets, but the trial, funded by the British government and the Wellcome Trust, could lead to more widespread recommendations for their use.

Children from 72 villages in Misungwi, Tanzania, where high levels of resistance to pyrethroids have been reported, were randomised into groups and received one of three of the most promising new generation of bed nets.

Children were then tested for malaria at the end of each rainy season.

After 24 months, malaria infection was reduced by 37% in children that received the chlorfenapyr treated nets compared to those receiving standard pyrethroid treated nets.

The fight to stop Kenya’s most dangerous insects

Malaria prevalence reduced by two per cent in 2020 — report