•Nzuki made a breakthrough a few years ago after a client bought his shoes and added Sh100 from each pair to support the children's education.

•Currently, he says there are 12 girls in the programme whose fees are paid and he supports them with uniforms and other school items. 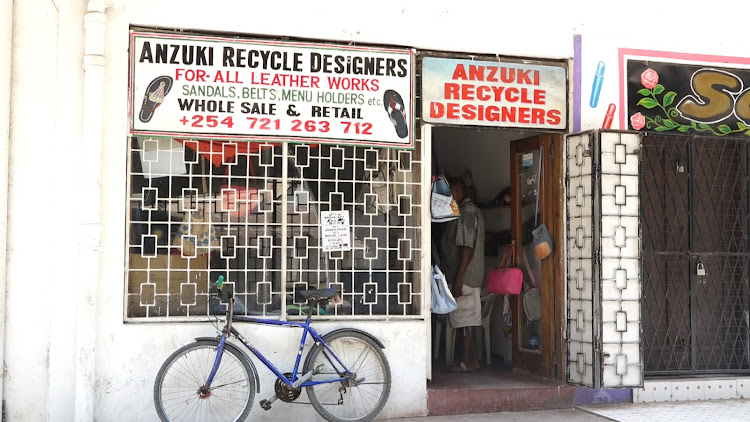 The retail shop belonging to Michael Nzuki which deals with products made from recycling materials in Malindi town
Image: ALPHONE GARI

Every day, tons of trash ranging from plastics to worn-out tires, leather jackets, bags and more are thrown as waste, once they are not in a good state.

However, Michael Nzuki a Malindi based designer is among the few people in the country who make fortunes from such waste products.

Nzuki recycles them and makes products that he exports to the international market.

He is the director of Anzuki recycle designers.

He said he makes leather shoes from used car tires and leather jackets among other products.

Nzuki who has been participating in the monthly clean-ups organised by the Progress Welfare Association of Malindi said he came up with the idea to earn income and make the environment clean.

He said the tires when dumped acted as mosquito breeding grounds and negatively impacted the environment.

“We thought of a way to reduce the spread of mosquitos and began using the tires to make shoes,” the Anzuki director said.

Due to their efforts, there are no dumped car tires in Malindi.

He also came up with beach cleaning, they collected plastic materials with children from Mijikenda village. The plastics were sold to Watamu recycling plant but now they are sold in town.

“We thought it was wise to clean the beaches and ensure the marine life is safe,” he says.

Nzuki made a breakthrough a few years ago after a client bought his shoes and added Sh100 from each pair to support the children's education.

Currently, he says there are 12 girls in the programme whose fees are paid and he supports them with uniforms and other school items.

At the shop, there are wallets, shoes, handbags, belts and many other products.

Nzuki has made soft leather from a used leather jacket which he adds rubber at the bottom for the shoes to become soft. This, he says if complete is mixed with used jeans to design open shoes.

The sole of the designed open shoes is made from used car tires which to him are no longer available and has reduced malaria spread.

He says they buy used rubber shoes, remove the sole and replace the top with African material to make new shoes which are also in demand.

Before Covid-19, Nzuki says he had a booming business but now they are experiencing challenges.

Nzuki says international tourists are no longer visiting the resort town which has affected their sales.

“We used to depend on the tourists because we have a production workshop and a retail shop, the retail customers have never turned up because the pandemic affected them,” he says.

Right now, he depends on the export market which is not continuous.

Previously, Nzuki says he used to depend on the retail market.

They sold the products to clients from abroad who visited the resort.

Currently, he says they are only left with the wholesale clients from abroad who are only four from different countries.

“Right now, politics are also affecting us. Tourists are sometimes afraid due to the tension. We urge our politicians to campaign peacefully,” he says.

Nzuki has never been to a design school, he however says he is a designer by nature.

In 2009 he met the Export promotion council who trained them and made him realise the products were important in the global market and could be exported.

“They catered for our trip to Germany for the Biennale international trade fair where I learned there are many useful products which can be made from waste products and sold,” he says.

Since then, he has created more than 100 job opportunities for youths though his target was to employ 500 youths.

He however cannot afford it due to the low business but with support, he can expand his business because each day, he comes up with innovations.

“I thank the council because they have helped me grow this business together with those who trained us,” he says.

Initially, the product he says was not that good but after the training, they have upgraded.

Nzuki called on the government and organisations to support him to expand his venture. He tried to open an office in Rwanda and Nairobi but closed the shop.

The move he says can help him increase the number of students under his programme, to educate up to 50 and also expand the market to other areas.

“Normally there are trade fairs which if I attend can market my products, in East Africa. However, I need to market them to other countries abroad,” he says.

Nzioka says was trained by Nzuki in 2009 and since then he has acquired so many skills in designing products.

He says, per day, he makes four pairs of open shoes which can be used for up to two years.

“We used recycled materials to design products from them, for people they may find it as waste but I see cash,” Nzioka says.

Among the products, he uses are used leather jackets and old jeans.

Nzioka says he goes to the shop at 8 am and starts making insoles.

With such initiatives, Nzuki is not only turning gold from trash but also helps generate income and conserve the environment. 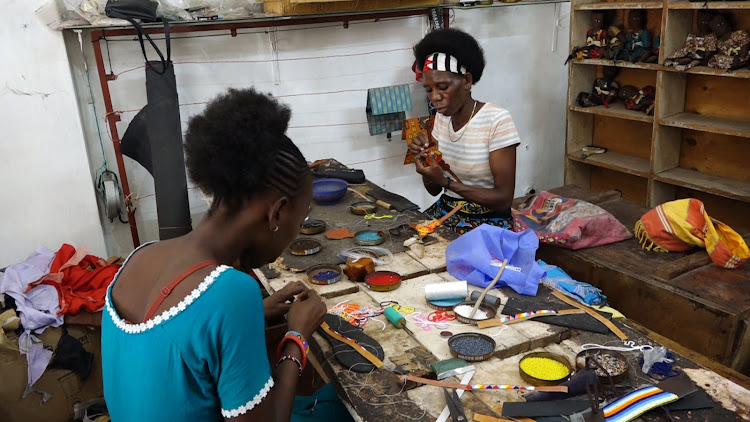 Some of the staff at the Anzuki recycling designers retail shop that produces products from recycled materials in Malindi town
Image: ALPHONCE GARI 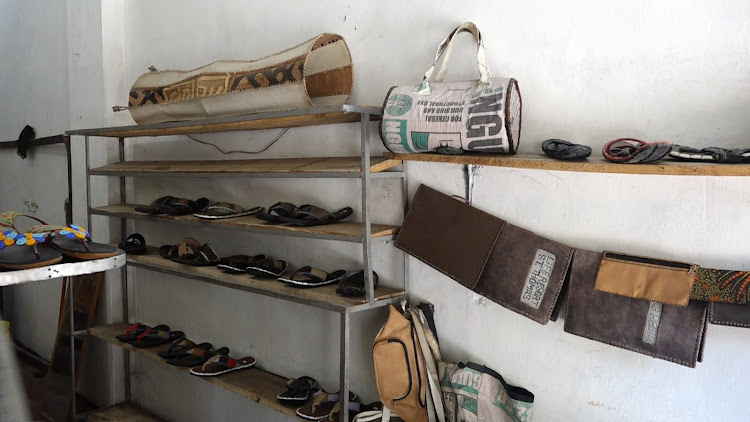 Some of the products made from recycled materials which are made by Michael Nzuki at his retail shop in Malindi
Image: ALPHONCE GARI 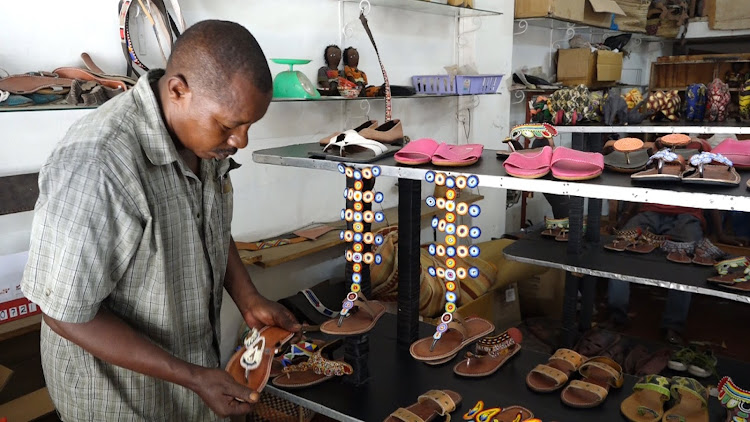 Michael Nzuki shows some of the products made from recycling materials in Malindi town
Image: ALPHONCE GARI

Her gowns are sometimes used in beauty contests and pageants.
Sasa
8 months ago

Alex Odundo, the Olex-techno enterprise director, says they are ecosystem friendly and the invention will be a gamechanger
Counties
9 months ago