Deliberations centered on preparedness for both the general elections and party primaries.

• During the meeting, UDA affirmed support for the EU sending a full-fledged Observer Mission to the August elections. 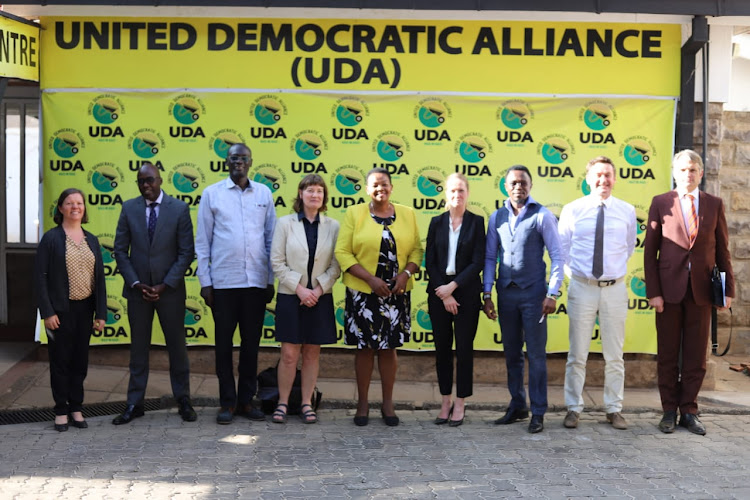 The team visited the Hustler Center offices in Nairobi.

The team from the EU headquarters in Brussels led by the Democracy and Electoral Observation Policy Officer Mette Bakkan is in Kenya for two weeks to explore the framework for observing the August 9, general elections.

The deliberations centred on preparedness for both the general elections and party primaries, which UDA on its side is planning to roll out in the next two weeks. 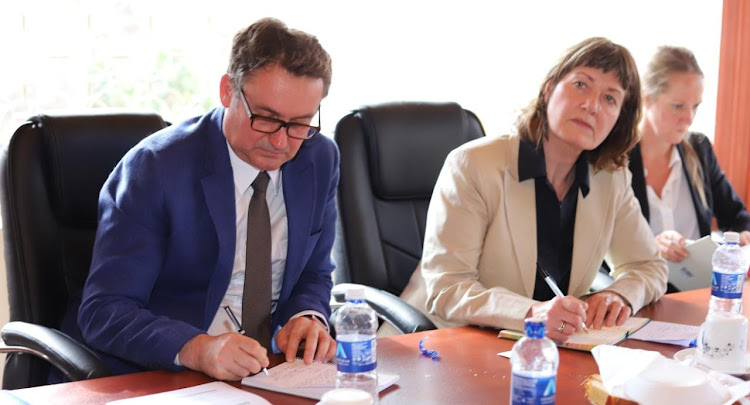 During the meeting, UDA affirmed support for the EU sending a full-fledged Observer Mission to the August elections.

“The party urged the EU to treat the elections not as an event but rather as a process whose every stage must be monitored and observed,” the UDA statement reads.

Also, the party encouraged the mission to maintain a strong voice in support of the shared values of constitutionalism, democracy, civil liberties, free press and credibility of the electoral process.

Earlier during his visit to the US, and the UK, Ruto said he will accept the outcome of the August 9, elections whichever way it will go.

Ruto also challenged his competitors to publicly declare their stand on the outcome of the elections, adding that the ODM leader Raila Odinga is sceptical of the outcome.

“We are committed to respecting the outcome of the elections and the decision of the people of Kenya unequivocally, and without conditions," he said.

The DP spoke on Thursday at a meeting with Kenya Private Sector Alliance (KEPSA).
News
2 months ago
WATCH: The latest videos from the Star
by KEVIN CHERUIYOT Online Journalist
News
23 March 2022 - 18:39