I will persuade Wetangula to join Azimio, Kalonzo says

He said that they had gone through a lot together.

•Kalonzo noted that the two had not formalized their engagement.

•He further noted that would be happy if Wetangula joins him. 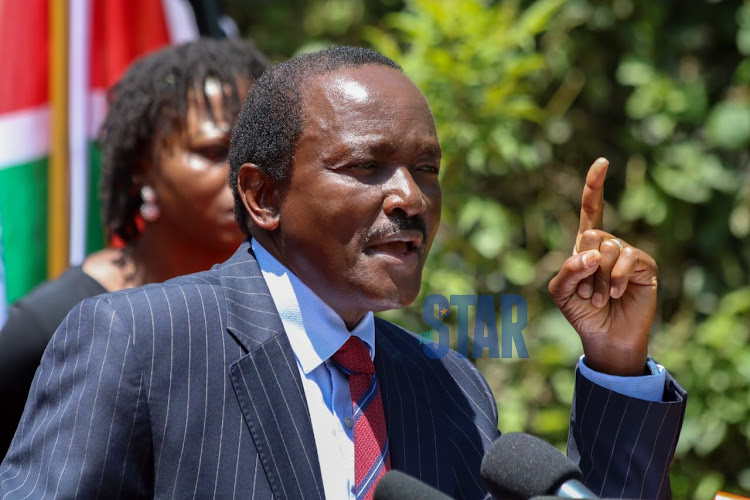 Wiper leader Kalonzo Musyoka has said he will hold talks with the Ford-Kenya party leader Moses Wetangula to convince him to join Azimio la Umoja.

He noted that the two had not formalized their engagement.

“Tumesumbuka na yeye, tumekula tear gas  under CORD and National Super Alliance (NASA). But the truth is, we have not yet formally engaged, but if we do, it will be a good thing,” Kalonzo said.

Loosely translated: [We have been through a rough time with Wetangula, even been tear-gassed during the times of CORD and NASA.]

He further noted that he would be happy if Wetangula joins him.

Kalonzo joined the Azimio la Umoja, stating that it wasn’t his personal decision.

He said he consulted his party which gave him green light and blessings to join ODM leader Raila Odinga's led political outfit.

“Joining Azimio wasn't my own decision, I made consultations. People spoke their minds and decided that we join the ‘three-legged stool’ coalition consisting of OKA, Azimio and Jubilee,” Kalonzo said.