JP said the extension is a result of overwhelming demand from supporters.

• The Jubilee Party National election Board said that it has extended the aspirant registration period to March, 25.

• Earlier on, the party had informed its aspirants that Tuesday, March 22 was their final day to submit their applications. 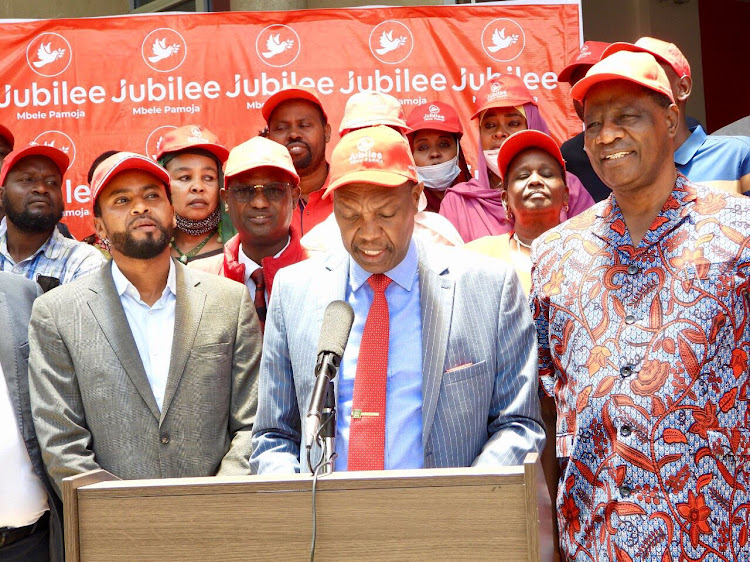 The ruling Jubilee Party has announced the extension of the deadline for the aspirants to submit their applications for the party primaries.

In a notice on Tuesday, the party's National election Board said it has extended the aspirant registration period to March 25.

The board said the extension is a result of overwhelming demand from party supporters across the country.

“The Jubilee Party NEB has extended the aspirant registration period to 25th March 2022,” the party announced.

The applications should be submitted online through the party website.

At the same time, the party secretary-general Jeremiah Kioni asked all aspirants who have already signed up to take the advantage of this final extension to confirm with the party that all documents are in order.

Earlier on, the party had informed its aspirants that Tuesday, March 22 was their final day to submit their applications.

Initially, March 4 was the deadline for incumbents and aspirants who are intending to vie for governor, MPs and MCAs seats to deposit slips for registration and nominations.

Male aspirants seeking to be nominated for gubernatorial seats are being charged Sh500,000 and Sh250,000 for females.

People Living with disabilities are not charged anything.

The party said the move follows a high number of applications.
News
2 months ago
WATCH: The latest videos from the Star
by KEVIN CHERUIYOT Online Journalist
News
22 March 2022 - 19:37