Ngilu to Ruto: You never helped Uhuru, be grateful he gave you job

"Who’s votes were more? His or Uhuru’s? Who’s campaigning resources were more?" She posed

• Ngilu opined that without Uhuru, the DP won't be the formidable politician he is today. 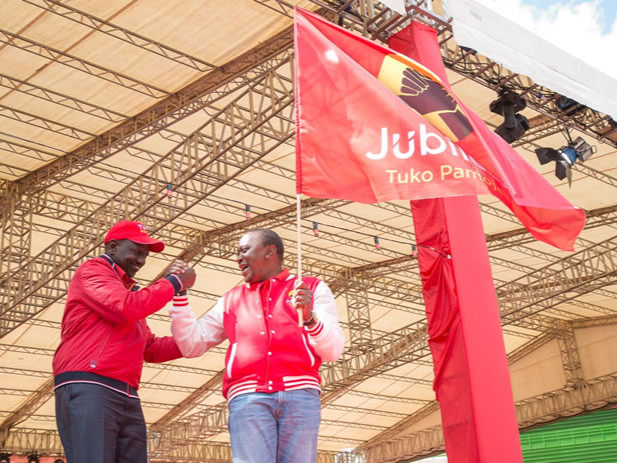 In a fresh attack, the Governor weighed in on the sensational debate on who between President Uhuru Kenyatta and Ruto helped the other.

This comes in the wake of remarks by Ruto who has often said he 'helped' Uhuru to win the presidency two times.

In a tirade directed at the DP on Monday, Ngilu dismissed Ruto's remarks saying it is Uhuru who 'helped' Ruto by giving him a job.

Ngilu opined that without Uhuru, the DP won't be the formidable politician he is today.

“William Ruto chest thumbs how he made Uhuru President, in what sense? Ngilu asked in a message she shared on Facebook.

She further questioned the contribution of both Uhuru and Ruto in the making of their government from votes to resources used in the campaign.

Ngilu is one of the few prominent politicians in the country who publicly dislike the DP.

It is uncountable the number of times she has taken to her social media handles to fire salvos at the second in command, who has never responded to a single claim or accusations made by the govern0r.

While accompanying ODM leader Raila Odinga in his  US tour, Ngilu did not tone down on her attacks on the DP.

She made remarks that appeared to suggest that the DP lacks integrity and is unfit to hold any office, leave alone the presidency.

Ruto's remarks on helping Uhuru have been prevalent in his tour of the Mt Kenya region.

Despite Uhuru backing Raila for the top seat, the DP has urged the Mt Kenya region to implore the president to step aside so that he can take on Raila head-on.

He accused Raila of competing with him in the shadows of President Uhuru.

If you don’t call this man by his name and refer to him as “huyu jamaa”, people will not know or understand who he is and how terrible he is for our beloved country Kenya. I am therefore calling you out, @WilliamsRuto your name is ROTTEN RUTO. pic.twitter.com/BahISktn7x

Kalonzo reveals bombshell accord with Raila about giving up power.
News
2 months ago

Azimio presidential candidate says he will 'clean' the country
News
2 months ago
WATCH: The latest videos from the Star
by KEVIN CHERUIYOT Online Journalist
News
21 March 2022 - 17:33