Mwaure, leader of the Agano Party, was declared the party's presidential flagbearer on Saturday.

• Mwaure, who is the leader of the Agano Party was declared the party's presidential flagbearer on Saturday.

• This was after the party held its National Delegates Conference. 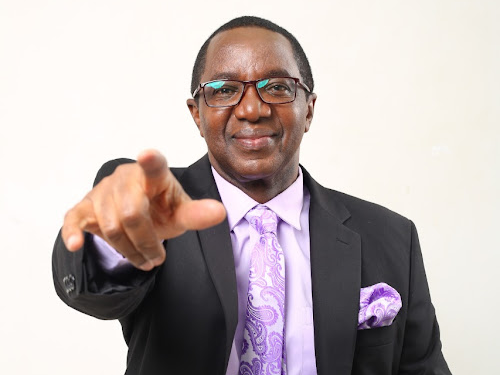 Senior counsel David Mwaure Waihiga is the latest entrant in the race for the presidency.

Mwaure, the father of Citizen TV news anchor Waihiga Mwaura, is the party leader of the Agano party.

He has thrown his hat in the ring for the top seat just four months to August 9, polls.

He was unveiled as Agano Party presidential candidate on Saturday after the political outfit held its National Delegates Conference.

Speaking during the NDC, David Mwaure cautioned Kenyans against electing politicians with integrity issues in the forthcoming polls.

"We in Agano are saying it is time for a change, it is time for Kenya to have new leadership. We are saying that Kenya will not go anywhere if we let the same leaders who have been there for years. It is time to bring to an end the curse and practice of corruption and scandals," he said.

The politician-cum preacher contested for the Kamukunji Parliamentary seat in 2011 after the high court nullified Simon Mbugua's election. He lost.

He joins the races for the presidency at a time when the contest is being billed as a two-horse race between ODM leader Raila Odinga and Deputy President William Ruto.

Opinion polls have ranked the two as the top contenders for the presidency.

Others who have expressed interest in the seat include Walter Nyambane of the Umoja Sumit Party.

Nyambane was endorsed by the party NDC on Saturday also.

Wetang'ula said the DP will face-off with Raila.
News
8 months ago