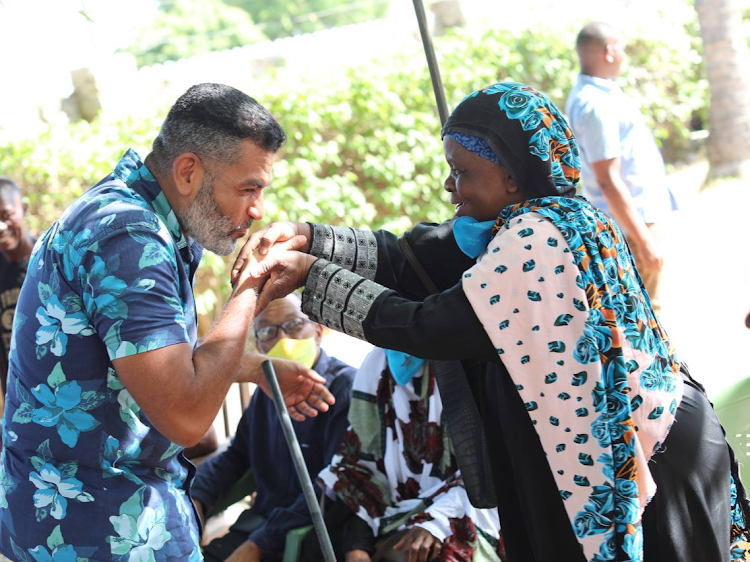 Mvita MP Abdulswamad Sheriff Nassir is the most preferred candidate for the Mombasa governor seat, a poll by Infortrak Research and Consulting has shown.

The poll conducted between March 19-22, puts Abdulswamad ahead of the rest with a 48 per cent approval rating.

Both Abdulswamad and Shahbal are in Raila Odinga-led Azimio la Umoja and are eying the ODM ticket.

“Abdulswamad was overwhelmingly supported in his Mvita constituency where 62 per cent of the respondents said they would support his bid,” Johvine Wanyingo, a research manager said.

The survey,had a sample size of 2400 respondents with a margin error of plus/minus 2 per cent. The poll covered all the 30 wards in the county.

The study was sponsored by Haki Africa, a human rights organisation based at the Coast.

Mohamed Faki, the current senator leads with 21 per cent as the candidate who is the most popular in the senatorial seat.

There was  a high number of undecided voters in the senatorial candidate position it stood at 66 per cent.

Asha Husein Mohamed is the most popular Woman Representative  candidate in Mombasa with 17 percent followed with Zamzam Mohamed (10 per cent), Fatma Bakari (5 per cent), Rose Achieng (2 per cent) and Dorothy Nyakio (1 percent).

The number of undecided voters for the women representative race stood at 58 per cent.

The study said respondents named unemployment as their main issue of concern with 28 per cent listing it at the top followed by cost of living (18 per cent), access to clean water (13 per cent) and insecurity and crime (7 per cent).

A total of 2400 respondents participated in the Survey.
News
4 months ago

ODM is also the most preferred party in Mombasa with 46 per cent support.
News
4 months ago

Raila leads race for presidency over Ruto in Mombasa - poll

The poll pointed out that the number of undecided voters was significantly high at 16 per cent.
News
4 months ago
“WATCH: The latest videos from the Star”
by ALLAN KISIA AND PERPETUA ETYANG
News
20 March 2022 - 23:00