Ruto: Were you sober when you ordered boda boda crackdown?

The crackdown followed an assault incident involving a woman on Forest Road.

•The DP faulted the state for imposing the crackdown yet they should have just arrested the culprit behind the assault case on the woman.

•The crackdown followed an assault incident involving a woman on Forest Road. 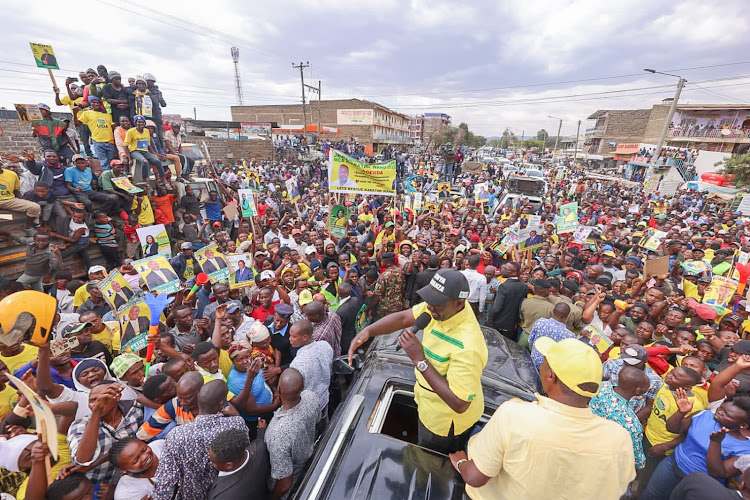 Deputy President William Ruto has yet again weighed in on the boda boda crackdown that saw several riders arrested and their motorcycles impounded.

The crackdown followed an assault incident involving a woman on Forest Road.

In a campaign rally in Nairagi Enkare, Narok County, the DP faulted the state for imposing the crackdown yet they should have just arrested the culprit behind the assault case on the woman.

In a message directed at senior government officials, the DP questioned the validity of their defence on boda boda riders.

Ruto said it was illogical for the state to purport to protect the interests of the boda boda riders yet they are the ones who ordered the crackdown.

Loosely translated to: "There are people who think that boda boda business is useless. I went to the US and upon coming back, I found boda boda operators being harassed on the basis that they are criminals".

Last week, Ruto asked boda boda riders whose motorbikes had been impounded to go and get them back from the police stations

He also said that the police should return the money they had collected from them as fines.

Thousands of motorbikes were impounded across the country following a nationwide crackdown on unregistered operators.

The order was to restore sanity following the uproar over the assault on the female motorist.

The authority said the riders are now required to produce a raft of documents before they get back their motorcycles.

Many boda riders had challenges in getting the license due to the fees imposed by the government
Counties
2 months ago
“WATCH: The latest videos from the Star”
by KEVIN CHERUIYOT Online Journalist
News
19 March 2022 - 19:08