• “This Parliament has been disastrous. I have sat in it and in the last Parliament and we have not been able to achieve the two-thirds gender rule," she said.

• The legislator said if the President meant it and agreed to support the two-thirds gender rule, he would have mobilised his MPs to ensure the same is achieved. 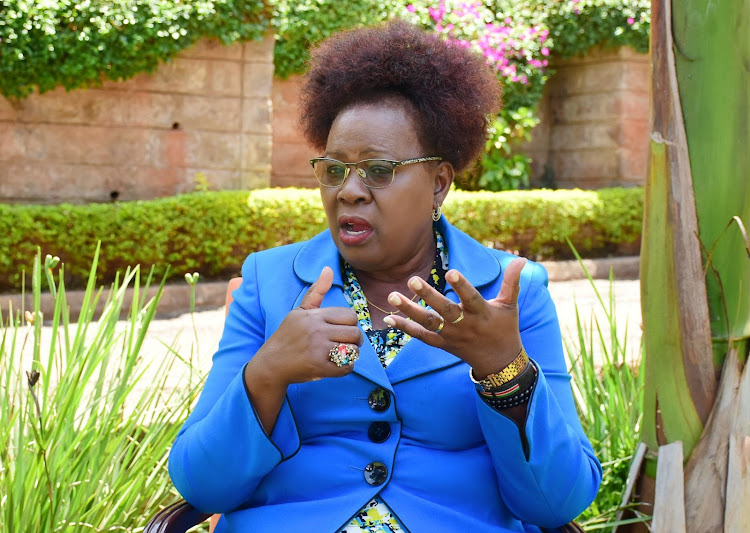 TWO-THIRDS GENDER RULE: Kandara MP Alice Wahome during an interview with the Star at her residence in Nairobi on Monday, March 14.
Image: MERCY MUMO

She said the playground has not been fair for women and she largely blames this on reluctance from her male colleagues in Parliament.

Wahome spoke during an interview with the Star on Monday.

The legislator also said the Executive has failed in a great way to implement a level playing field despite having the resources to do it.

“This Parliament has been disastrous. I have sat in it and in the last Parliament and we have not been able to achieve the two-thirds gender rule.

"When the political leadership wants to achieve something you have seen President Uhuru Kenyatta managing to bring almost every person that matters,” she said.

The legislator said if the President meant it and agreed to support the two-thirds gender rule, he would have mobilised his MPs to ensure the same is achieved.

Wahome however said there has been resistance from male colleagues.

She said this is despite the political leadership always overcoming resistance for other bills.

"Therefore, we both need to share responsibility for the failure of the two-thirds gender principle as Parliament and political leadership,” Wahome said.

Maraga said he was acting on five petitions asking him to render the advise on dissolution of Parliament.

The former chief justice said it is incontestable that Parliament had not complied with the High Court order.

"For over nine years now, Parliament has not enacted the legislation required to implement the two-thirds gender rule. It is a clear testimony of Parliament’s lackadaisical attitude and conduct in this matter.

"Consequently, it is my constitutional duty to advise the President to dissolve Parliament under Article 261 (7) of the Constitution,” Maraga said.

Wahome said women have for long been seen as a resource that has baggage because of having to raise children. Consequently, the country has not been able to tap on the full resource of women.

“The platform is not fair . You have seen how we campaign, sometimes we have to climb vehicles in skirts and that’s not a very easy thing for a woman. Sometimes people are not sure that that picture is good,” she added.

The MP however said the biggest obstacle women in politics face is finances for their campaigns.

She said were it not for the affirmative action, there would only be 23 elected female MPs in the National Assembly today.

In 2013, the National Assembly had only 16 elected female MPs.

“I’m one of the lucky women in politics because I used a lot of my money from law practice. I had a lot of financial freedom and the independence of decision making,” Wahome said.

She said there are still more opportunities for women and she's very proud to have achieved even that.

"Parliament has always had six to eight women even when they were 188. With the 290 constituencies, 23 is a percentage that is less than 10 per cent,” the MP said.

For years, women have and continue to be seen as minor players to various roles in the society. In most instances, they have only been left to deal with raising children and taking care of families.

However, this has slowly been changing and the world is opening up to letting women take charge, even though it has not been fully embraced in many spheres.

Women have also refused to sit down and wait for 'things' to be handed to them, with many now fighting for their spaces in leadership, among other sectors.

Wahome joined politics out of the need to fill the gender gaps she saw while working as a lawyer and vice chairperson of the Federation of Women Lawyers (FIDA).

She said she has over time seen some positive change and that Kenyans are slowly appreciating the participation of women in leadership.

The MP said this has been reflected even in the current electoral season with both camps expressing willingness to have women as deputy president.

“A presidential aspirant that is very keen must give us a woman deputy president. It will be better because now we have Azimio and Kenya Kwanza, both should pick women for running mates,” she said.

The legislator said Azimio has women with equal abilities as Kenya Kwanza to deputise a presidential candidate.

She said the next government must use a different gender sensitive yardstick and must give deliberate attention to the needs and abilities of women.

“Women voices take time to be heard even within their homes. They may be speaking but ears are not open. Even in our political spheres, for a woman to be heard, there must be need for deliberate attention to that voice,” Wahome said.

She said the regional scene had not seen Samia Suluhu but is she not President of Tanzania? "Her voice had not been heard but she is becoming a trailblazer.”

Ruto will beat you hands down, MP Wahome tells Uhuru and Raila

She accuses the President of using ODM leader to prolong his stay in power.
News
6 months ago

For years, Alicen was the sole female parliamentarian in the populous Nakuru County.
Counties
6 months ago

UDA said its lawyers will defend any aspirant who is harassed.
News
6 months ago