Kalonzo to Kenyans: Stop talking about me, focus on your kids' food, jobs

• Kalonzo told Kenyans to focus their energy on fending for their children's needs and seeking jobs for a better livelihood.

• He further told those fighting him to be wary that his advocate is God. 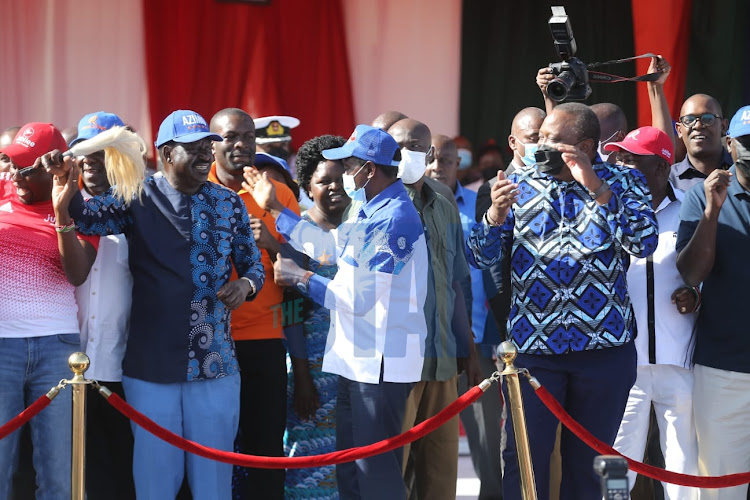 Wiper Party leader Kalonzo Musyoka has now lashed out at Kenyans for perennially making him a subject of their discussions.

Speaking to Musyi Fm on Friday morning, Kalonzo told Kenyans to focus their energy on fending for their children's needs and seeking jobs for a better livelihood.

“People should stop talking about Kalonzo and focus on their children's food and jobs,” he said.

He further told those fighting him to be wary that his advocate is God.

The Ukambani kingpin urged Kenyans to join Wiper Movement saying it is not a tribal party.

He said the Kamba nation only recognizes his leadership adding that Raila's visit to the Ukambani region days ago proved he is the gateway.

He said it is because of him that Cord and Nasa coalitions got many votes from the Ukambani region in 2013 and 2017 polls.

"It is going to be the same because I have given my opinions and direction," he said.

“Mudavadi is my friend but he becomes very emotional and lacks judgment. He wasn’t supposed to say what he said but it was his constitutional right."

Kalonzo said he joined Azimio for the benefit of his people.
News
10 months ago

The speaker urged Kenyans to elect leaders who have their interests at heart.
News
10 months ago

Joining Azimio wasn’t my own decision, I consulted – Kalonzo

Kalonzo says he got Wiper party's blessings to join Azimio.
News
10 months ago

Do you think Kalonzo will increase Azimio votes?