CoG issue guidelines on transition ahead of August polls

20 of the 48 governors are ending their two term tenure of 10 years.

• The August 9 General Elections will mark the term end for the second generation of County Governments, with 20 of the 48 governors retiring.

• The council stated that the transition will be smooth since the enacting of The Assumption of the Office of Governor Act, 2019. 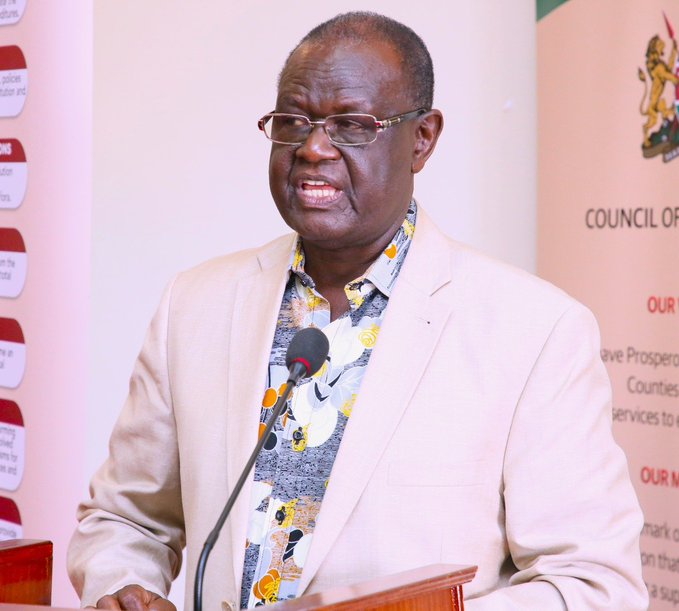 Meru Governor Kiraitu Murugi at the three day sensitization meeting with County Secretaries and County Attorneys on March 14 to 16,2022
Image: Council of Governors/Twitter

The Council of Governors has issued guidelines on the transition ahead of the August 9 polls.

This was done during a three-day sensational meeting with the County Secretaries and County Attorneys between March 14 and 16,2022.

The August 9 General Elections will mark the term-end for the second generation of County Governments, with 20 of the 48 governors retiring.

“The Council of Governors is cognizant of the changes that will be experienced in the Counties noting that twenty (20) Governors will have concluded their two-term tenure of 10 years,” part of the statement read.

The council stated that the transition will be smooth since the enacting of The Assumption of the Office of Governor Act, 2019.

The guidelines of the Act include the formation of an impromptu Committee chaired by the County Secretary to oversee and guide the transition from one government to the other.

The Act further says that the governor's swearing-in ceremony shall be held ten days after the declaration of the final General poll results.

The ceremony is to be presided over by a High Court judge.

The outgoing governor is required to hand over county symbols to the next governor.

“The law requires the outgoing Governor to hand over the following county symbols to the Governor-elect: the county flag, the county coat of arms, the constitution and the county public seal. The Governor-elect will then assume office upon receiving the aforementioned instruments of power,” the statement reads.

The Act states that the County Assembly members must provide the governor-elect with the necessary information for office assumption in time. The law further demands a fine of up to Sh300,000 in the event that the information is not shared.

The committee is required to disclose all information to the public unless prohibited by the same law.

The Council has ensured that it will provide advisories to guide the transition.

“The Council will facilitate an intensive induction for the County leadership, once they are sworn-in, in order to guide them on their duties, government policies and procedures, among other pertinent issues.”

CoG will abide by the rule of law, but supports the governor, says Wambora.
News
6 months ago