Amoth noted that the government seeks to actualize a TB-free Kenya.

• Patrick Amoth, acting MOH Director-General, said that similarities between TB and Covid-19 presented an opportunity to control both diseases.

• Amoth noted that the government seeks to actualize a TB-free Kenya. 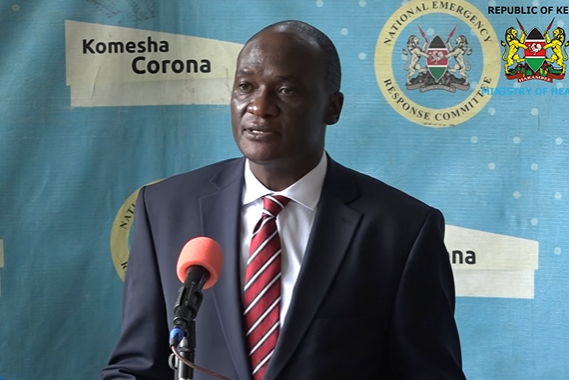 The Ministry of Health(MOH) has noted a decrease in the number of TB cases during the Covid-19 pandemic.

Patrick Amoth, acting MOH Director-General, said that similarities between TB and Covid-19 presented an opportunity to control both diseases in an effective manner without significant additional stress on the country’s health system.

Amoth noted that the government through the National TB program in collaboration with the development partners and the citizenry participation seeks to actualize a TB-free Kenya.

“We need to intensify TB case-finding at the grassroots, increase Lab diagnosis and treatment of TB, particularly in children and special conditions as well as improve the management of drug-susceptible and drug-resistant TB,’’ he said.

He was speaking on Tuesday during the launch of revised key policy documents for Tuberculosis and Asthma.

The documents included the Public-Private Mix Action Plan, Interim Covid-19/TB management guide, integrated TB Leprosy and Lung Disease Guideline and the revised Asthma management guidelines which will provide up to date information to the frontline workers.

The documents were launched ahead of the March 24 World TB-day.

Amoth said that Tb continues to be a major public health concern with Kenya being ranked among the countries with a high burden of TB and TB/HIV.

He pointed out that in 2020, the country recorded 72,943 TB cases of whom 8 per cent (5663) were children adding that the prevalence survey showed that the country nearly missed 40 per cent of the estimated cases.

He said that it is paramount that everyone is engaged in the fight against TB.

“While most health interventions for TB control have largely been focused and implemented in public health facilities the private sector has been shown to account for 48 per cent of health facilities with a significant proportion of people seeking care from these facilities,” Amoth said.

“TB patient pathway analysis of 2016 showed that 42 per cent of patients with TB symptoms access the private sector as the initial point of care, while 27 per cent seek care from individual private providers who have inadequate engagement with the public system, ‘’he added.

Amoth also said that Asthma was a major non-communicable disease affecting both children and adults and that there is a need for stakeholders to heighten their focus to reduce under-diagnosis and under-treatment in the country.

“MOH has made deliberate efforts to increase access and demand for healthcare services based on strong primary healthcare with an emphasis on promoting health and preventing disease in Universal healthcare,” Amoth said.

He called upon all care providers and healthcare workers to effectively prevent diagnosing and treating TB, Asthma and Covid-19 which will require a people-centred approach, with comprehensive and integrated health services that address the needs of the whole person.

From drug addict to MCA: chilling story of Solomon Ngugi