• Atwoli shared a photo with the caption that they were taking lunch at the London Hotel. 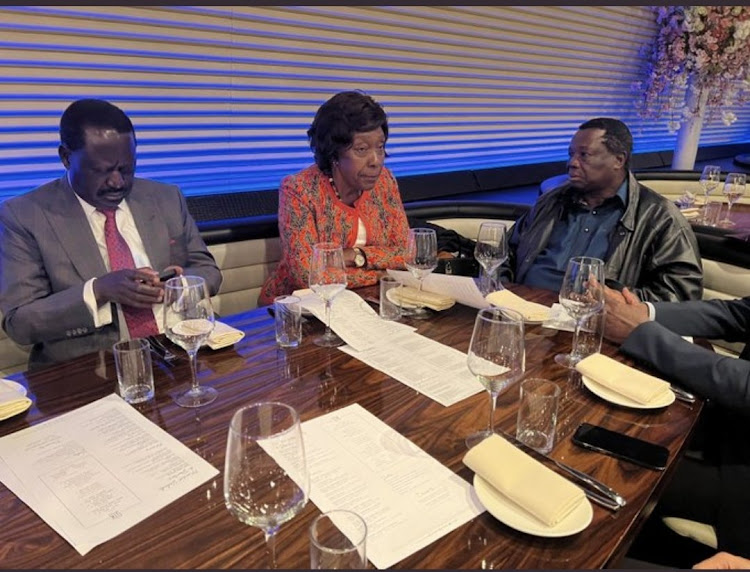 ODM leader Raila Odinga and his Azimio la Umoja Movement delegates are in United Kingdom for a five-day tour.

Raila addressed the Chatham house on Wednesday with his speech touching on myriad of issues from politics to his manifesto ahead of the August 9, polls.

Atwoli shared a photo with the caption that they were taking lunch at the London Hotel.

“Having a preparatory lunch at a London hotel as Baba prepares for the Chatham meeting,” Atwoli tweeted.

On Tuesday, Raila discussed matters of the economy during his meeting with leaders from the House of Commons in the UK.

During the meeting, the team weighed in on how to revive the economy amid the looming elections.

Raila said reviving the Kenyan economy was their key agenda.
News
2 months ago

Raila to talk about Azimio at Chatham House