Ruto also said they should be refunded the cash which they were fined and ended up paying.

• Several bodaboda riders have protested the continued detention of their motorcycles by police even after the crackdown was suspended.

• The DP asked the boda boda riders to go and collect their motorbikes at the police stations. 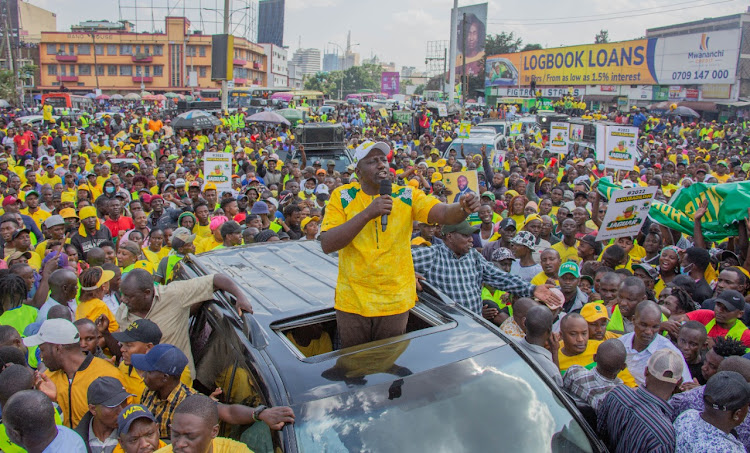 Deputy President William Ruto on Wednesday reiterated that the government was wrong for launching a major crackdown against the boda boda operators in the country.

The crackdown followed a sexual assault case on a female motorist on Forest Road.

Addressing Nairobi residents during a series of UDA campaign rallies in Nairobi County on Wednesday, the DP condemned the crackdown saying many riders were victimized without fault.

The DP directed the boda boda riders to go pick up their motorcycles saying the crackdown was illegal.

This loosely translates to: "All boda boda operators whose motorbikes were impounded and charged the unlawful amount of money should go and collect their motorbikes at police stations and be refunded their cash because they are genuine business people".

Thousands of motorbikes were impounded across the country following a nationwide crackdown on unregistered operators after President Uhuru Kenyatta issued the directive.

The order was to restore sanity following the uproar over the assault on the female motorist.

The DP insisted that those linked to the assault case should be pursued and arrested instead of victimising other boda boda riders who are innocent.

Many bodaboda riders have protested the continued detention of their motorcycles by police even after the crackdown was suspended.

The authority said the riders are now required to produce a raft of documents before they get back their motorcycles.

He crossed into Tanzania, police alerted and turned him over to DCI.
News
2 months ago

Protests as police detain over 2,000 motorcycles after suspension of crackdown

Police demand the riders to produce some documents before they are given their motorcycles
News
2 months ago
WATCH: The latest videos from the Star
by KEVIN CHERUIYOT Online Journalist
News
16 March 2022 - 21:23