The sponsors still want the institution to be privatized.

Starting next term, a number of learners at Visa Oshwal primary risk being displaced. https://bit.ly/35Wz2Fq 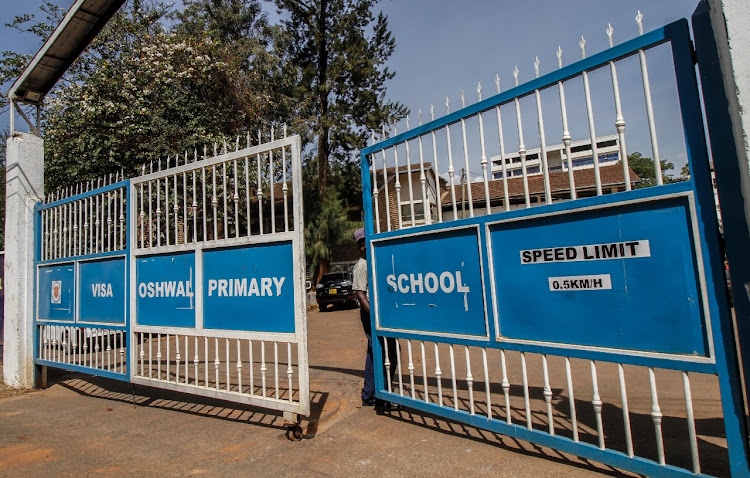 A ground at the entrance of Visa Oshwal primary school in Westlands, Nairobi.
Image: ENOS TECHE

Starting next term, a number of learners at Visa Oshwal primary risk being displaced.

This is after the push and pull between Visa Oshwal primary school management and its sponsors resurfaced once again.

The sponsors still want the institution to be privatized even after the school was made public several years ago.

On Monday, the school administration received a court order demanding them to vacate school premises and hand it over immediately.

The board of management chair Mohammed Yusuf now wants the government to come in and stop the push for privatization of the institution.

“We urge the ministry of education, Attorney General and even our beloved president to come in and help settle the school to carry out its core responsibility,” he said.

Yusuf decried instances of the school’s sponsors overstepping their mandate.

“The parents feel molested with continued destabilization from the community’s demand to privatize this school despite the heft investment from the government,” Yusuf said. 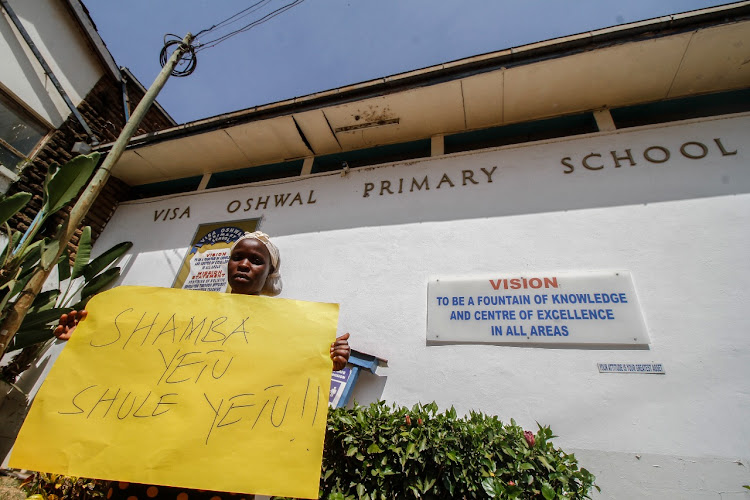 A staffer at Visa Oshwal Primary school holds a placard during a media briefing at the school compound on March,13,2022
Image: ENOS TECHE

He further faulted the trustees whose names were used to represent the land ownership for misusing their mandate.

The Oshwal community wants the school to be converted from public to private.

Following a court order on December 2021 that directed the case to the land court, the community is said to be appealing for the school to be privatized.

Initially, the court of appeal had ruled that the school be handed back to the community, but the administration appealed.

The land on which the school is built was granted to three trustees of the Shree Visa Oshwal Community of Nairobi—Bharmal Rajshi Shah, Vershi Mepa Shah and Keshvlal Fulchand Shah in 1954.

Mudibo, however, urged corporates to come on board to make the federation realise it’s dream.
Sports
1 year ago

Facility to cut treatment costs for state employees who pay high fees at private hospitals.
Counties
9 months ago
“WATCH: The latest videos from the Star”
by LAURA SHATUMA
News
14 March 2022 - 21:56