NCIC in its summon failed to specify the date when Raila will appear before it.

• In January, Meru Senator Mithika Linturi, whose case was dropped, had used the term at a rally in Eldoret.

• This comes after NCIC summoned Raila on Fridayover the 'madoadoa' remarks that he made recently during Azimio la Umoja Movement rally in Wajir. 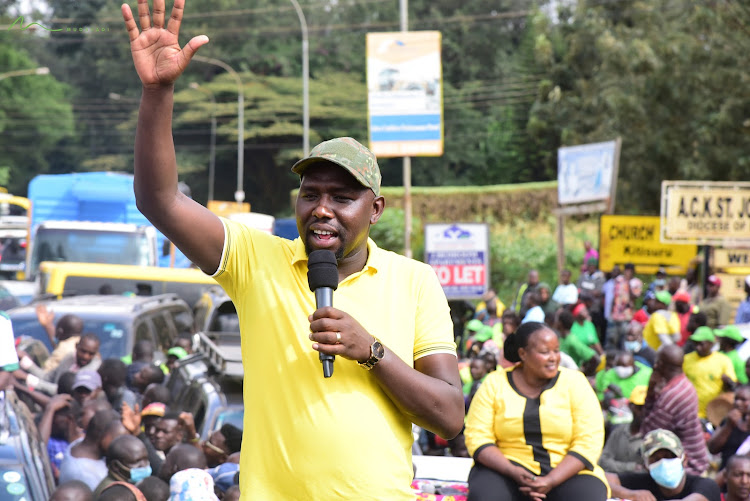 Elgeyo Marakwet Senator Kipchumba Murkomen now wants the DCI to immediately arrest the ODM leader Raila Odinga and put him in custody following the 'madoadoa' remarks he made on Thursday in Wajir.

In a reaction to NCIC summon, the Senator raised questions in the manner in which the ODM leader's case is being handled.

Murkomen in a tweet appeared to suggest that Raila should be treated the same way as Meru Senator Mithika Linturi who was arrested and arraigned for his 'madoadoa' remark he made in Eldoret, Uasin Gishu.

At the same time, he poked holes in the NCIC letter and questioned when he will present himself for the summon.

“A good start. When is he appearing? Is it the day he chooses? Over to you, ODPP does as you did to Hon. Linturi and for DCI where are the Subarus? We are watchingm,” Murkomen said.

The summon is to seek answers on the context of Raila's 'madoadoa' remark.

"The commission wishes to assure Kenyans of its commitment to curbing any form of hate speech to ensure Kenya remains a stable, prosperous and cohesive nation and to deliver on our promise of 'election bila noma'," NCIC statement stated.

The commission did not specify the date when the ODM leader will appear.

Raila on Wednesday had told Wajir residents to back the Azimio la Umoja movement candidates only in the forthcoming general elections slated for August 9.

He said that the movement has many parties that have come together to unite the country, hence, the need to vote for them.

In January, Meru Senator Mithika Linturi, whose case was dropped, had used the same term at a rally in Eldoret.

He was arrested by detectives at Eka Hotel in Eldoret on January 9, over the alleged utterances.

However, he was released after the prosecution failed to prefer charges against him within the allocated time.

NCIC said the term is considered hate speech in Kenya.
News
2 months ago

Raila asked residents to vote for the Azimio la Umoja candidates only.
News
2 months ago
WATCH: The latest videos from the Star
by KEVIN CHERUIYOT Online Journalist
News
11 March 2022 - 16:15