Sicily will be vying for Nyandarua governor seat.

• Sicily Kariuki handed over her papers on Friday at the party headquarters in Pangani, Nairobi.

• She resigned as a CS on Wednesday, February 9. 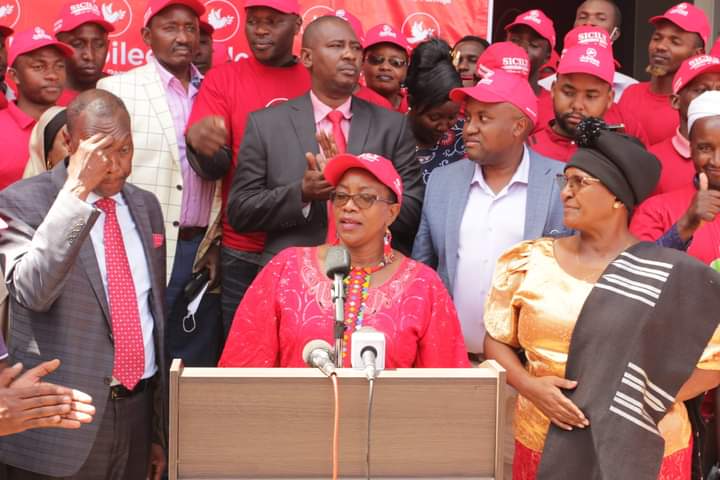 Former Water and Sanitation Cabinet Secretary Sicily Kariuki has presented her nomination papers to the Jubilee Party as an aspirant for the Nyandarua Governor's seat.

Kariuki handed over her papers on Friday at the party headquarters in Pangani, Nairobi.

Kariuki was accompanied by a delegation of aspirants and Jubilee supporters from Nyandarua County.

She resigned as a CS on Wednesday, February 9, which is the deadline set in the Elections Act, 2011 for public servants seeking elective positions to step down from government.

While resigning, she said that her decision followed months of consultation with the people of Nyandarua. 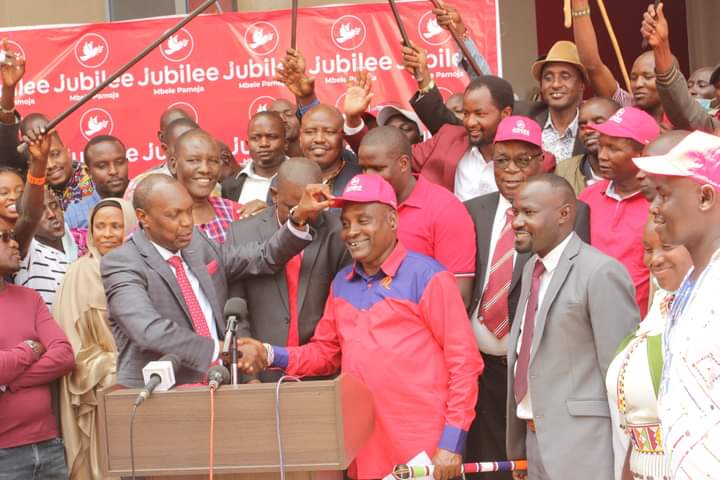 Also, a delegation of aspirants and party supporters led by former Kajiado West MP Moses Sakuda was today received to the party.

Sakuda is interested in vying for the Kajiado County Senatorial seat on a Jubilee ticket.

On Thursday, the ruling party announced the extension of the application period for nomination for all aspirants seeking elective seats.

The party is not receiving applications for the presidency as it said it will not field a candidate.

The party secretary-general said on Thursday that aspirants have up to March 22, to finalise their submissions.

The party said the move follows a high number of applications, hence the need to extend the application period.

The party said the move follows a high number of applications.
News
2 months ago

Kariuki becomes the fourth CS to resign from office.
News
3 months ago
WATCH: The latest videos from the Star
by KEVIN CHERUIYOT Online Journalist
News
11 March 2022 - 18:29