The party leader said the Western region will elect Raila as the President.

• Omukoko said that his party is supporting the Azimio La Umoja movement.

• The party leader said the Western region will elect Raila as the President. 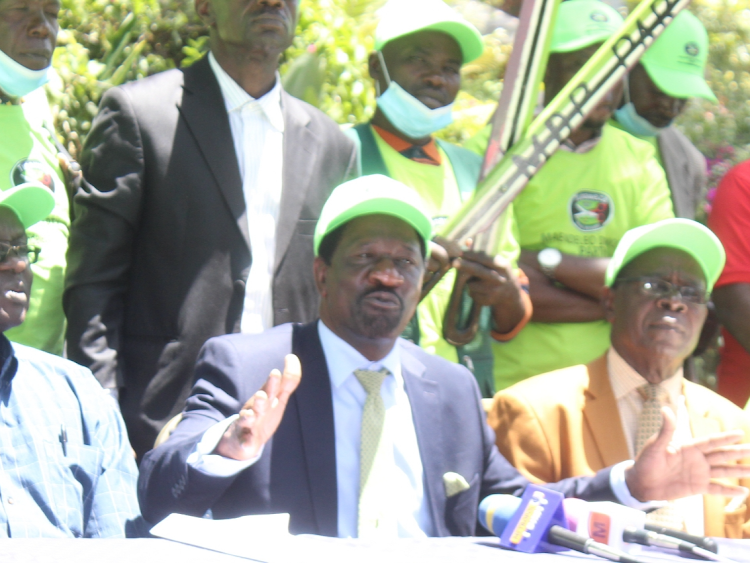 Speaking to the press on Friday after the delegates' meeting at a Nairobi hotel, party leader Samuel Omukoko said the party believes in the coalition's philosophy and ideas.

“Our Party delegates have today decided that it is Raila for the top seat. We have decided to join the Azimio coalition so that we can deliver good governance to our country,” Omukoko said.

He urged all Kenyans across the country to turn up in large numbers during the August 9, polls and elect Raila as the country’s President.

“From left to right, East to West, South to North, we need to have unity and togetherness in this issue, Raila is the person who will strengthen our democracy and help the country fight corruption,” he added.

The party leader said the Western region will elect Raila as the President and thanked Kakamega Governor Wycliffe Oparanya for his good development records in the county.

"Oparanya has laid a solid foundation for the growth of the county and the region stands a good chance of consolidating current gains by supporting the Odinga-led Azimio movement,” he stated.

This party’s decision comes as time ticks ahead of March 12, Jacaranda declaration where Azimio is set to declare its presidential candidate.

Raila is expected to be announced as the coalition party's candidate.

Boost for Raila as UDM endorse him for presidency

The boost comes ahead of his Azimio National Delegates Conference on Saturday.
News
8 months ago

Raila's pledge for Northeastern as he secures UDM support