•The poll of 1,541 respondents was conducted by TIFA between February 3 and 9. 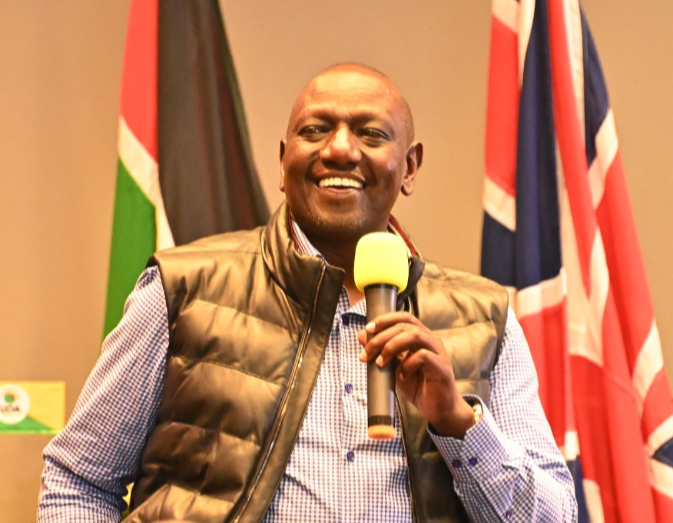 William Samoei Ruto speaking during the meeting with Kenyans living in the United Kingdom on Sunday, March 6,2022.
Image: DPPS

In a poll released on Thursday, UDA's popularity stood at 69 per cent in Uhuru's Murang'a backyard while Jubilee was at 11 per cent.

According to TIFA, given this margin, it appears that whoever wins the UDA nomination for the various elective posts in Murang’a will have a major advantage when voters go to the polls in August.

"Whether Raila Odinga can close any/much of the gap between them in the remaining five months will be a major challenge, given the vote-rich Mt. Kenya region of which Murang’a is part," TIFA said.

The poll further showed that the ODM party is most popular in Busia at 46 per cent, DAP-K (10 per cent) and UDA (7 per cent).

Raila is the favourite presidential candidate in Busia at 76 per cent and Ruto (12 per cent).

The poll of 1,541 respondents was conducted by TIFA between February 3 and 9. The margin of error is plus or minus 2.49 per cent.

According to the poll, the majority of Kenyans believe the August 9 presidential elections will be free and fair.

The study said 37 per cent of Kenyans believe there will be no integrity issues arising from the poll.

This is even as DP Ruto, one of the top contenders for the seat, says there is a likelihood of the polls being rigged.

The survey however noted that 32 per cent of Kenyans somewhat believe the elections will be rigged.

Twenty per cent believe the polls will not be rigged while 10 per cent are not sure.

Says salaries should be proportional to the rate of implementation of inflation.
Counties
6 months ago

Ruto: Those pushing for Raila presidency are selfish

DP says some leaders agenda was only to secure power for their own interests and survival.
News
9 months ago
WATCH: The latest videos from the Star
by ALLAN KISIA Political Writer
News
10 March 2022 - 11:47