He is closely followed by Deputy President William Ruto at 31 per cent.

• Raila remains the most popular candidate in Nairobi City County at 41 per cent.

• In the polls, Senator Johnson Sakaja is the most preferred candidate in the governor race. 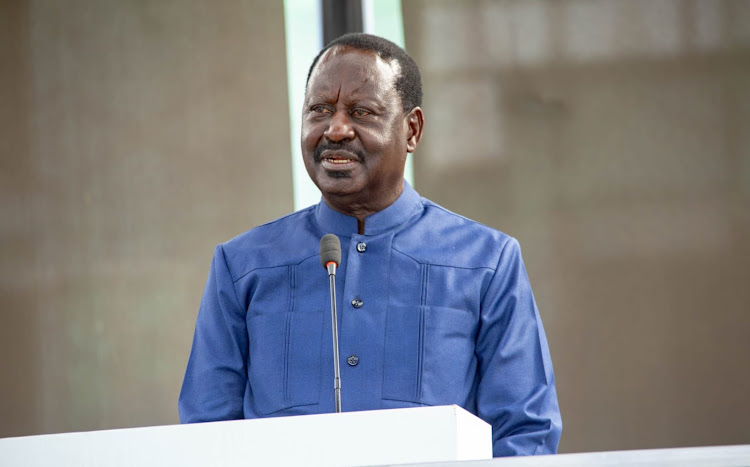 According to the polls released on Thursday, Raila remains the most popular candidate in Nairobi City County at 41 per cent.

He is closely followed by Deputy President William Ruto at 31 per cent.

"Whilst Raila Odinga is the most popular presidential candidate in Nairobi, the gap between him and DP Ruto is small enough to suggest that the level of contestation in this county will be high," Tifa said.

Deputy President William Ruto on the other hand is the most preferred presidential candidate in Murang'a county.

1 per cent supported Governor Mwangi Wa Iria. 9 per cent of the respondents are undecided while 3 per cent prefer none of the three.

In the same polls, Senator Johnson Sakaja is the most preferred candidate in the Nairobi governorship race.

Sakaja leads the race at 23 per cent, Tim Wanyonyi comes second at 14% and Ann Kananu at 7 per cent. However, 23 per cent of Nairobi residents are still undecided. 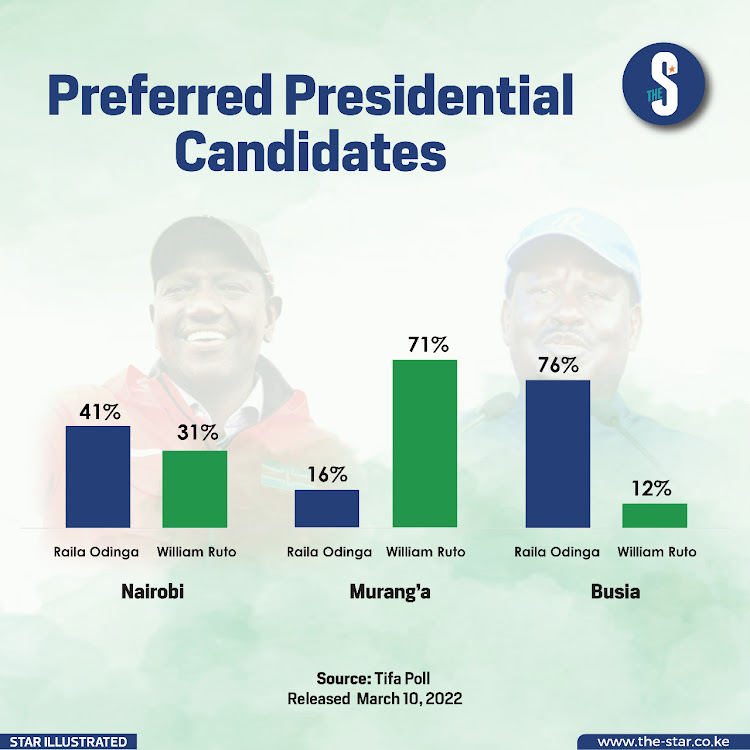 The majority of the respondents are, however, undecided on whom to vote for as Senator of Nairobi County, with some respondents preferring the current senator.

"The fact that some respondents are expressing a preference for the current senator (Sakaja), indicates that most voters will need more clarity as to who all the candidates will be before they decide whom to vote for."

Esther Passaris remains the most popular Woman Representative candidate at 34 per cent, her closest challenger, Millicent Omanga trails at 9 per cent.

Raila to give address at Chatham House next week

Raila set to fly out for a series of engagements, days after the DP Ruto's whirlwind tours
News
5 months ago

Over 15 parties supporting Raila will face off in the general election.
News
5 months ago
WATCH: The latest videos from the Star
by BRIAN ORUTA Digital Journalist
News
10 March 2022 - 12:38
Read The E-Paper