Kiraitu and his party will back Raila for the presidency.

• Raila attended the party meeting in Meru where he was officially backed for the presidency.

• The party will back ODM leader Raila Odinga for his presidential bid. 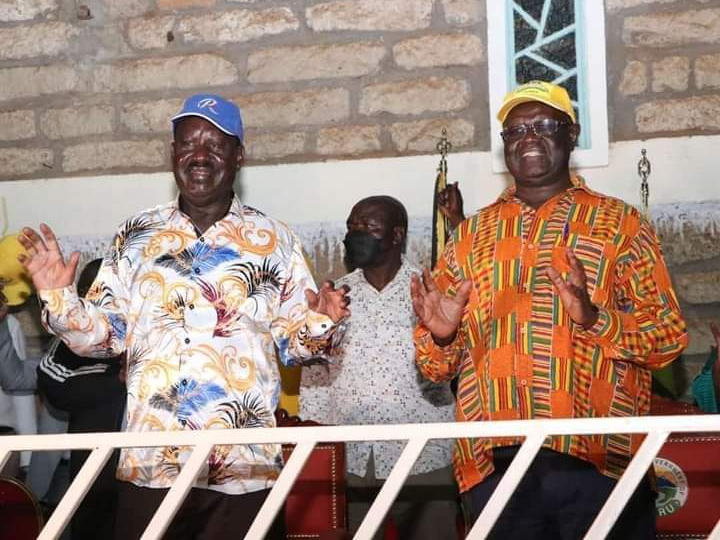 The party will back ODM leader Raila Odinga for his presidential bid.

Raila attended the party meeting in Meru where he was officially backed for the presidency.

The announcement was made during the party’s meeting on Tuesday attended by Raila ahead of its National Delegates Conference that will be held on March 18.

The governor has announced that he will defend his seat in the August 9 elections.

He said that the party made the move after analysing what the people were saying about their future.

"We have done the research, talked to opponents, and listened to confidential reports. I can confidently tell you that the fifth president of the Republic of Kenya is no other than Raila Odinga ," Murungi said.

During the meeting, Raila thanked the governor for inviting him and joining the movement.

The governor will now battle it out with Meru Senator Mithika Linturi who launched his gubernatorial bid.

Mithika will be using the UDA party of Deputy President William Ruto to challenge Kiraitu.

The Meru governor had not declared presidential candidates he will be backing in the August polls.
News
2 months ago
by KEVIN CHERUIYOT Online Journalist
News
08 March 2022 - 20:41