Gitau says the commission is undertaking the third cycle of remuneration review.

• Commission secretary Anne Gitau said the request for payment of emergency call allowances and arrears had been declined after deliberations on the matter.

• The move has affected more than 80 doctors working under the national government. 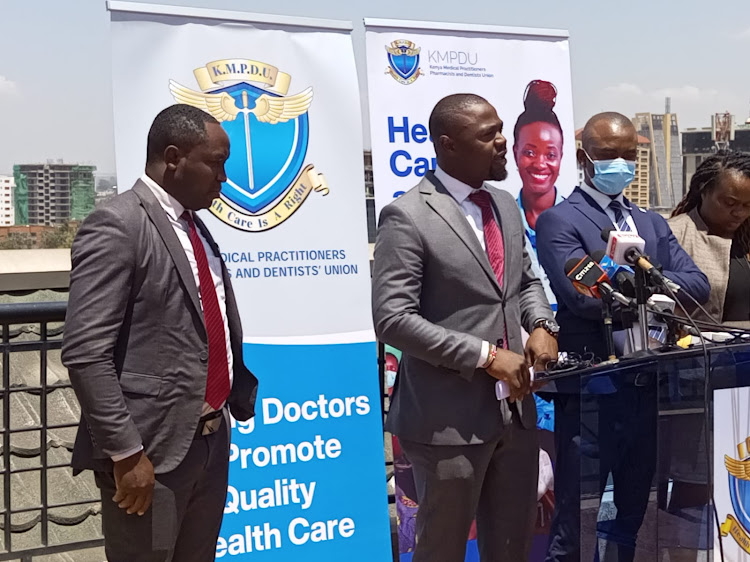 Health unions are up in arms over the decision by the SRC to abolish call allowances for members working under the national government.

The Kenya Medical Practitioners, Pharmacists and Dentists Union, the Kenya Union of Clinical Officers and the Kenya National Union of Medical Laboratory Officers claim the commission has done so without public participation as stipulated in the Constitution.

Salaries and Remuneration Commission secretary Anne Gitau in a letter dated September 3 said the request for payment of emergency call allowances and arrears had been declined after deliberations on the matter. The letter was addressed to Health PS Susan Mochache.

The move has affected more than 80 doctors working under the national government.

“The SRC deliberated on your request and observed that doctors engaged in administrative functions both at the ministry headquarters and the county are not expected to be on call, thus do not meet the criteria for payment of emergency call allowance,” Gitau said in the letter. 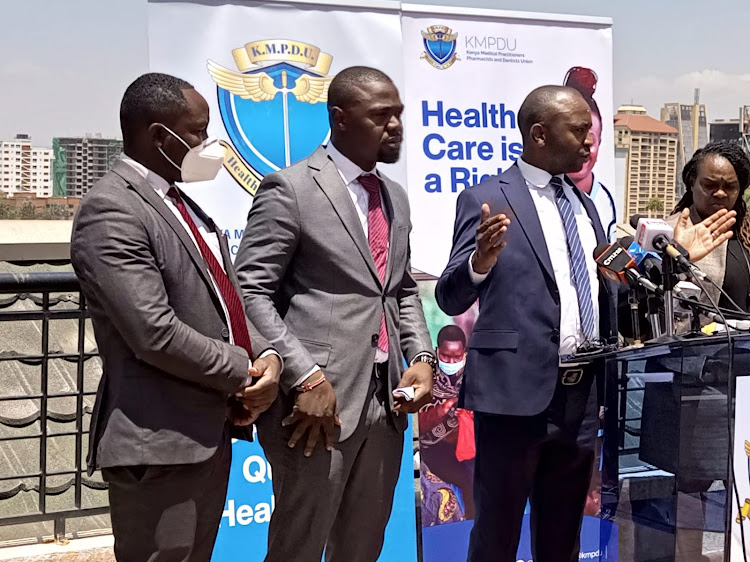 The commission urged the PS to submit job descriptions for the roles for re-evaluation and determination of appropriate remuneration.

Gitau said the commission is undertaking the third cycle of remuneration review.

“The commission is undertaking a study on attraction and retention in the public service and salary survey, which involves collecting data from the public institutions,” the letter reads.

But KMPDU has objected to the decision by the commission, saying the union negotiated labour market adjustment allowances for all doctors working under the national government in the 2017-21 collective bargaining agreement.

“SRC in its act to abolish these allowances and its act not to involve the public and not involve the unions that are going to be affected is in contravention of the Constitution 2010 which brings out clearly that any particular action that is being taken by a state institution need to have a public participation,” KMPDU secretary general Davji Atellah said.

“As a union we can categorically state that we have not been involved in any public participation to abolish or remove allowances that are affecting our members.”

The union officials said the review of allowances without a clear and intentional involvement of bona fide stakeholders is unconstitutional.

They said a review of allowances in the public sector must pass the test of transparency and accountability.

“It is now eminent that the next reason why people will go on strike will be because of the SRC rejecting or revoking the allowances awarded to healthcare workers,” KUCO secretary general George Gibore said.

“We are here to do a public petition to the President, the policymakers so that they can put a stop to this, otherwise we are anticipating a situation where we are going to have havoc in the health sector.”

They want the commission to approve the payments to avoid what they have termed as discrimination.

The health workers were laid off in January for allegedly taking part in an illegal strike.
Counties
1 year ago