Says they support Raila as an Azimio presidential candidate, but will field their own candidates in Kilifi 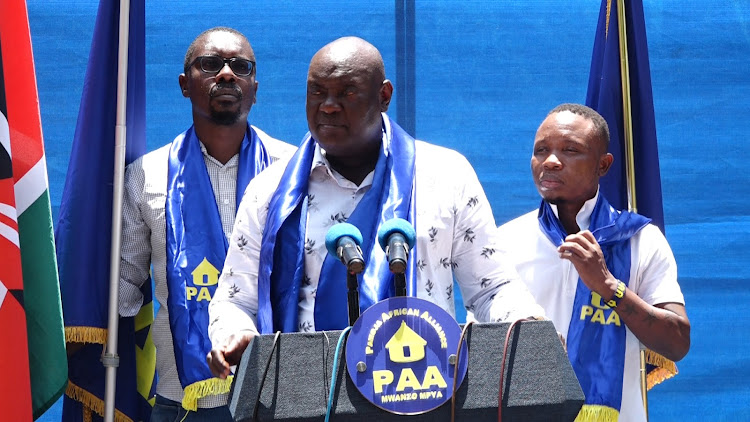 The Pamoja African Alliance has said it will support a Raila Odinga presidency but will field its own candidates in Kilifi county.

The Kilifi governor set the conditions as part of an Azimio deal on Monday.

However, MPs allied to ODM, led by Kilifi chairman Teddy Mwambire have said Kingi should stop issuing demands as if his party has any coalition agreement.

The leaders spoke during a press conference at Parliament buildings on Tuesday.

In response, PAA spokesman Lucas Maitha on Wednesday said they were supporting Raila as an Azimio presidential candidate, but will field their own candidates from senator, governor, MPs, woman reps and MCAs.

Maitha said they only have an agreement with Jubilee Party. He said they may harmonise with Jubilee in some areas, where they feel it could affect their unity.

He said as for now they have no written agreement with ODM and do not think there would be any. 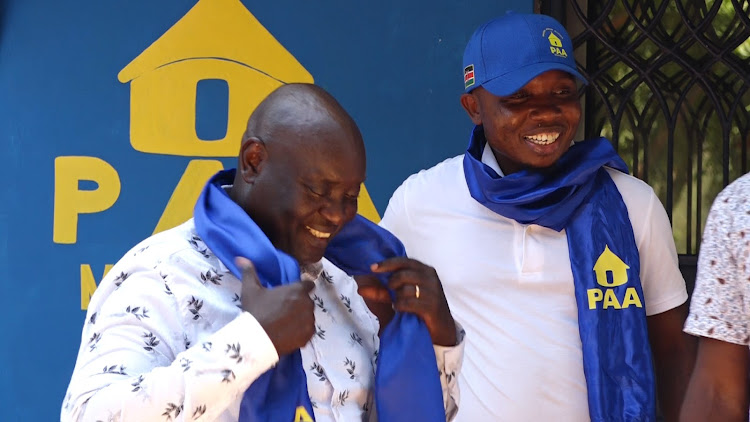 Maitha said they have candidates from Makueni and Migori counties who are contesting on a PAA ticket.

He said the candidates will be given tickets together with the necessary support required.

“We support Raila as an Azimio presidential candidate because we are in the coalition. What the ODM people led by Mwambire are doing is panicking politically. They know that the competition for other seats in Kilifi is between ODM and PAA,” Maitha said.

The spokesman said PAA is ahead of the other parties and shall sweep all the seats.

He said as things are it's Raila who needs PAA more than PAA needs him because they have the machinery to marshal votes for him.

“Let them not panic because all of us have been united by Raila, we are just a friendly force of which we know we shall win,” Maitha said.

He said Kingi is the one campaigning for Raila together with PAA but the ODM leaders only wait for the party leader to come and show off.

Maitha said Kingi is currently on a 21-day tour of the county campaigning for Raila, that’s why the ODM leaders are in panic mode.

“Times have changed. Its true in 10 or 15 years Kilifi has been an ODM zone but now things are different, people have moved to PAA,” he said. 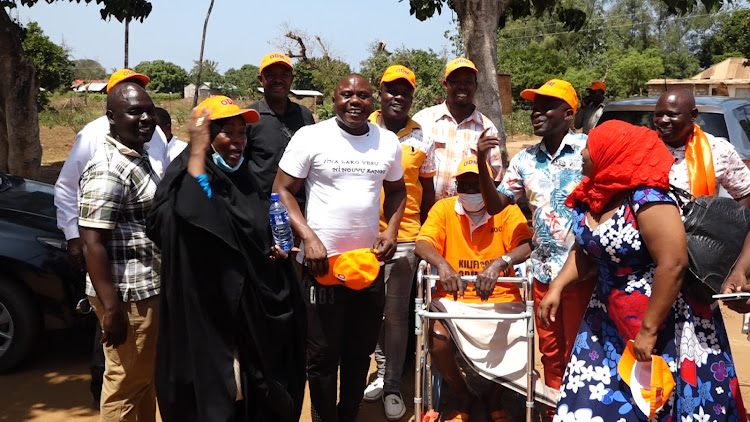 CAMPAIGNS: Malindi ODM branch delegates during a media briefing after a meeting to strategise plans for their campaigns on Thursday, March 3.
Image: ALPHONCE GARI

However, in a rejoinder Malindi subcounty branch ODM vice chairman Nixon Mramba said ODM is firm and shall soon roll out an aggressive grassroots campaign.

Mramba spoke on Thursday after a delegates' meeting in Kaoyeni, Malindi.

He said as ODM they are ready and well prepared for the elections.

“There have been concerns over statements made by our governor, who moved from ODM and formed his own party PAA. He is trying to blame ODM for his troubles,” he said.

The MCA said Kingi has been an MP, minister and governor for 10 years but thought of forming a party at a time when he is exiting the office.

He said PAA has no agreement with ODM so he should raise his concerns with the Jubilee party.

Mramba however said they have no war with Kingi.

He said he (Kingi) should stop fighting them and respect Raila instead of giving unsubstantial demands. 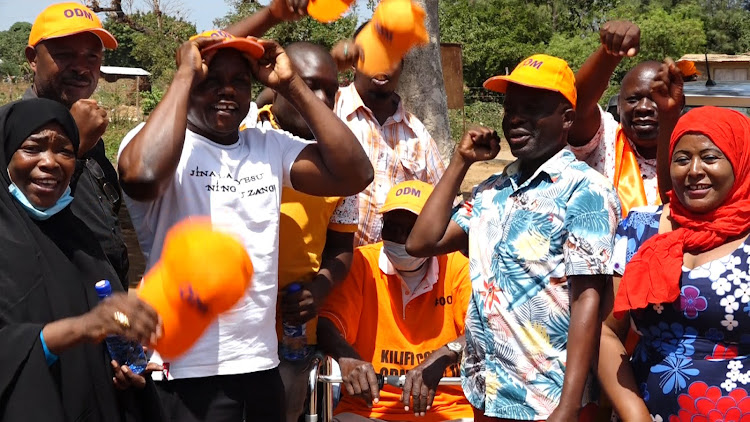 GOING STRONG: Malindi ODM branch delegates during a media briefing after a meeting to strategise plans for their campaigns on Thursday, March 3.
Image: ALPHONCE GARI

“Kilifi is an ODM stronghold and on August 9 you will believe my words and those of all delegates. Maitha, the PAA spokesman, lost his parliamentary seat. Let him come back and contest, he shall not win,” he said.

Mramba said Kingi should not brag that he managed to sweep almost all the seats in 2017 because people voted for ODM and Raila as their and party of choice and candidate.

Malindi ODM Women League chairperson Riziki Baya said the party is still strong and has laid down strategies to prove the same.

She said all seats will be won by ODM candidates from MCAs, MPs, woman rep, governor and senator.

Baya said their opponents should be prepared for a mother of all battles and shall see dust.

“PAA is the one misusing Raila’s name, they are the ones who had no presidential candidate and chose Raila. However, they always talk bad about him. If he is not the right candidate, let them to choose their own,” she said.

Jilore MCA Daniel Chiriba said ODM is popular and all strong candidates will be given tickets to vie. 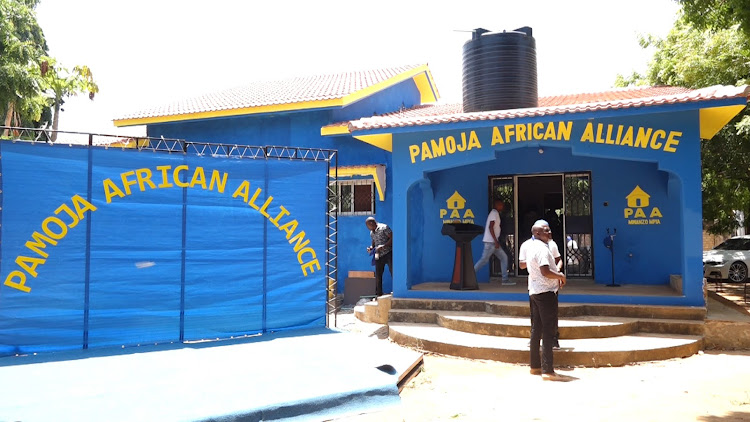 AZIMIO: Pamoja African Alliance Offices in Kilifi county . The party is set to battle out with ODM in the county.
Image: ALPHONCE GARI

Says lack of a political voice for the region has led to the collapse of the coast economy.
Counties
5 months ago