•In December last year, Justice Maina preserved the monies and Mercedes Benz  after the ARA demonstrated they  were the proceeds of crime.

• The accused are said to have laundered money saying they were supplying timber from the DRC to foreign countries. 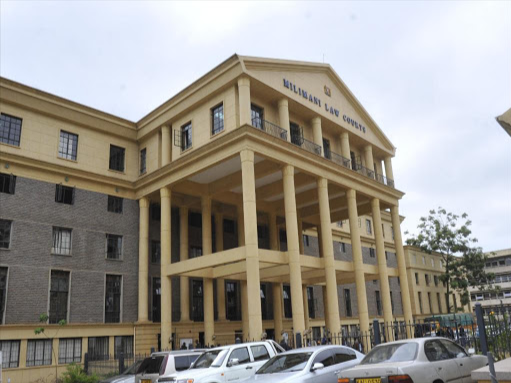 The Assets Recovery Agency has applied for forfeiture of Sh287 million and a Mercedes-Benz seized from two foreigners.

In December last year, Justice Esther Maina preserved the monies and a Mercedes Benz  after the Agency demonstrated they  were the proceeds of crime.

The Agency  seeks to have the Mercedes registered in the name of Car Warehouse Limited and owned by Venan Mabiala forfeited to the state.

In a sworn affidavit, Officer Fredrick Musyoki said unless the order is granted, the foreigners will illegally enjoy the economic advantage derived from the commission of crimes and benefits of crime.

The agency believes the funds held by the foreigners and their company Groupe Elykia Limited in specified bank accounts are profits of crime obtained from money laundering schemes. As such, they are liable to be forfeited to the Agency.

According to the court documents, Jean-Paul and Venan Mabiala used Group Elykia (respondents) as a conduit of money laundering. They pretended they were supplying wood and timber obtained from the Democratic Republic of Congo to foreign jurisdictions.

The two are directors of Group Elykia.

“Investigations by the Agency established that the respondents have no existence of business premises contrary to their alleged dealings in timber or wood business. They have not tendered any reasonable evidence to show they are engaged in any legitimate business,” the Agency.

An analysis of bank statements of Groupe Elykia Limited account held at Stanbic Bank Limited has established that the funds held in the  account are $1.7 million (Sh193 million).

The Agency believes the monies are a culmination of suspicious funds received or transferred from foreign jurisdictions in a complex scheme of money laundering.

An analysis of another account number in the name of Car Warehouse Limited established that on November 16 last year, it received Sh40 million from Groupe Elykia Limited.

The funds were wired by Musangu from the account of the Groupe. The purpose was to purchase two vehicles, a Mercedes-Benz and Bentley Bentayaga.

"Investigations have established that the two have used the company as a conduit of money laundering, pretending they are supplying wood from the DRC," the Ara said.

"They have not tendered any reasonable evidence to show that they are engaged in any legitimate business."

Says the money may be proceeds of crime obtained from a complex money laundering scheme.
News
9 months ago

The money is alleged to have been stolen more than 10 years ago.
News
9 months ago

The former top government official is facing a number of graft related charges.
News
9 months ago

Court declines to grant bail to fugitive wanted in US