The Speaker will be having his "Earthquake" on Friday next week.

• The Speaker, who was the first governor of Bungoma and ousted in 2017, has hinted that he will be vying on a Ford Kenya ticket.

• The Speaker will be having his "Earthquake" on Friday next week. 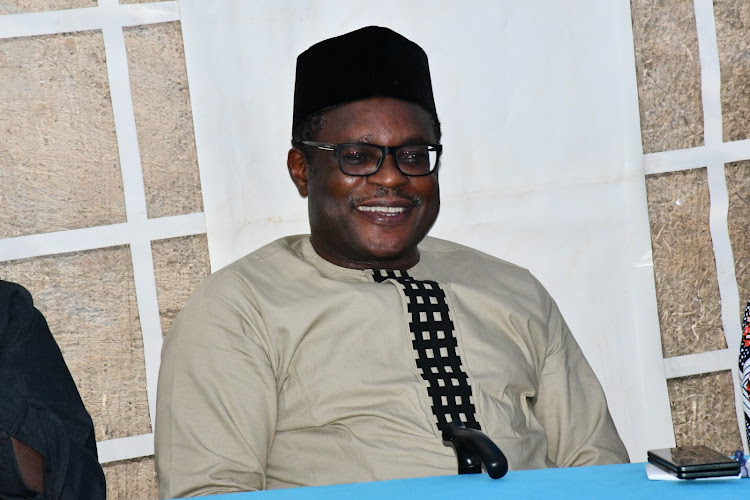 Senate Speaker Kenneth Lusaka has entered the race for the Bungoma governor seat.

The Speaker has hinted that he will be vying on a Ford Kenya ticket.

Lusaka is the first governor of Bungumoa and was ousted from office in 2017 polls by the incumbent Wycliffe Wangamati.

"The question of whether I am in the race or not doesn't arise any longer. I am firmly in the race with one option of winning," he told Nation on Thursday.

"I will be having an earthquake in Bungoma town next week on Friday where I will be announcing the party that I will be vying on. But you all know that I have been working well with our senator."

Bungoma Senator and Ford Kenya party leader Moses Wetang'ula has openly been campaigning for Lusaka after falling out with the incumbent Wangamati.

Ford Kenya is a key member of the Kenya Kwanza Alliance. Other parties include William Ruto's UDA and Musalia Mudavadi's ANC party.

Officials privy to the arrangements have confirmed that the Speaker will be officially welcomed to the Ford Kenya party next Friday at Posta grounds, Bungoma.

Kabuchai MP Majimbo Kalasinga, a Ford Kenya MP, is reportedly the chair of the committee organizing the event which the speaker has dubbed as "his Earthquake".

"The Senate Speaker is now a full member of Ford Kenya and we shall be unveiling him as our governor candidate in a big rally on (March 11) at the Bungoma Posta grounds," he said as quoted by Nation.

Ruto and his Kenya Kwanza Alliance leaders will be expected to attend the event.

The group will be done with their tour of the US and UK before the set date of Lusaka's "Earthquake".

Lusaka a few weeks ago denied joining the Ford Kenya party after a picture of him and Wetangula emerged on social media.

The Ford Kenya party also tweeted and welcomed him to the party.

He, however, released a statement saying he is yet to join Ford Kenya and that his visit was work-related.

The Speaker will be seeking to oust Wangamati who kicked him out in the 2017 lections.

Majority leader Joseph Nyongesa said they will be unveiling Lusaka on March 11 at Bungoma Posta grounds.
Counties
8 months ago