Ruto will be hosted by the International Conference of Bishops in Austin, Texas.

• He will later visit Morgan State University School of Global Journalism and Communication, where he will be interviewed by Dr. Kaye Wise Whitehead.

• Ruto left the country on Sunday morning in the company of his head of the presidential campaign, Governor Josephat Nanok. 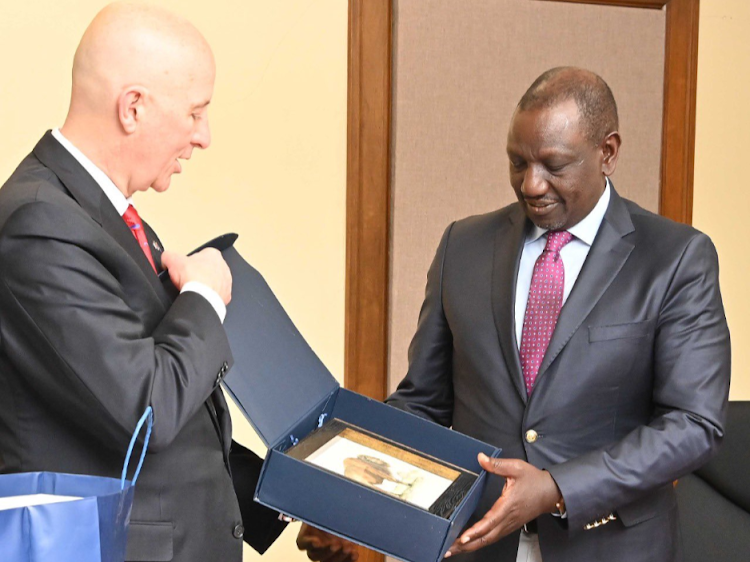 Deputy President William Ruto is expected to make three visits on his second-day tour of the US.

He will first be hosted by the International Conference of Bishops at Berkman Drive Austin, Texas before attending another Karson Institute for Race, Peace, and Social Justice meeting at Loyola University, Maryland.

He will later visit Morgan State University School of Global Journalism and Communication, where he will be interviewed by Dr Kaye Wise Whitehead.

"Kaye" Wise Whitehead is an American educator, author, radio host, speaker, and documentary filmmaker who is known as the #blackmommyactivist.

She is Associate Professor of Communication and African and African American Studies at Loyola University Maryland.

The DP advanced the interests of Kenyan farmers urging Governor Ricketts to tap into the Kenyan market to meet Nebraska’s demands for quality coffee, and tea.

The Kenya Kwanza team later held an open discussion on Innovation, sustainability and food security at the University of Nebraska.

Ruto arrived shortly past midnight on Monday, flanked by his delegation that comprised leaders allied to Kenya Kwanza Alliance.

The DP confirmed his arrival and revealed that he was welcomed by Kenyan Ambassador to US Lazarus Amayo.

"Arrived safely in Washington, D.C. for a series of meetings. We were received by, among others, Kenya’s Ambassador to the United States, Lazarus Amayo," the DP said.

The DP is set for a 12-day tour of the US and UK after which he will get back to the country for his campaigns.

Ruto left the country on Sunday morning in the company of his head of the presidential campaign, Governor Josephat Nanok.

Ruto arrives in the US

Ruto arrived in the US shortly past midnight flanked by his delegation.
News
2 months ago

Kalonzo said the President has a right to back whoever he wishes for the top seat.
News
2 months ago
“WATCH: The latest videos from the Star”
by KEVIN CHERUIYOT Online Journalist
News
02 March 2022 - 01:27