We release Raila to serve you, ODM tells Kenyans 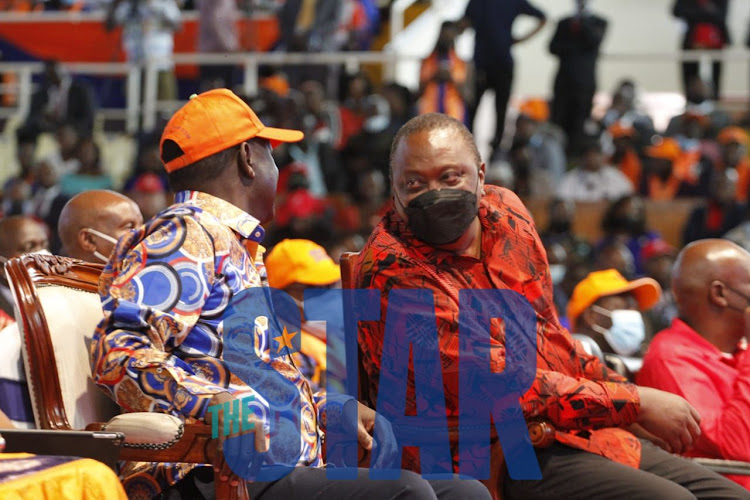 The Party Secretary-General Edwin Sifuna said the former Prime Minister is now free to sell his transformative agenda to Kenyans.

"We want to follow the example of Ida Odinga who on December 10 released Raila to Kenyans, on those footsteps as ODM Secretary-General I want to say Baba that we as delegates of ODM that we release you to the nation," Sifuna said

"We want the rest of the nation to know all the good things that you represent."

Earlier on, the ODM leader Raila Odinga had been endorsed to the party's presidential candidate.

The delegates have endorsed a plan by ODM to work with other Parties within the Azimio La Umoja to form the next government.

The proposal had on Friday been approved by the National Governing Council and was read to the delegates' national chairman John Mbadi.

The delegates have also approved the party's move to join the Azimio La Umoja.

Raila's name will be recommended to the Azimio coalition for further engagement as the alliance's presidential candidate in the August 9, general election.

" I do here present the Right honourable Raila Odinga as the ODM party presidential candidate for the 2022 general election," said ODM elections board chairperson Catherine Muma.

Because Raila was the only candidate presented to the NDC, delegates voted by acclamation to formally hand him the mantle to fly the ODM flag.

Kakamega governor Wycliffe Oparanya, who on Friday withdrew his bid for an ODM ticket, proposed Raila as the sole candidate for the party in the Azimio coalition.

Mombasa governor Hassan Joho, who also on Friday pulled out his bid, seconded the proposal to have Raila as the ODM flag bearer to Azimio

Uhuru to attend Jubilee NDC first before meeting with Raila

The joint NDC is expected to be Raila's defining moment.
News
11 months ago