•Trade unions have opposed the push saying they will reject the proposal in a memorandum to Parliament.

•The regulations would have to be ratified by the National Assembly Delegated Legislation Committee once published. 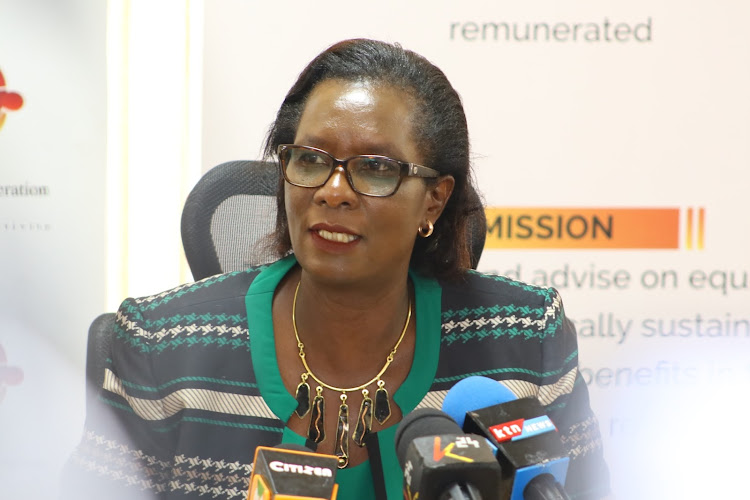 The Salaries and Remuneration Commission has opened a new battlefront with trade unions following its proposal on the procedure for negotiation of Comprehensive Bargaining Agreements.

“A public service institution with a recognition agreement with a trade union shall seek the prior advice of the Commission before the commencement of collective bargaining negotiation,” the draft regulations read.

Public entities, upon seeking advice from the commission, would be required to state the proposals by the trade union and the recommendations by management.

Also required would be an analysis of the entity’s financial performance, budget allocation, approved salary structure and approved staff establishment.

“The Commission shall, upon receipt of a request for advice, provide the public service institution with parameters for collective bargaining negotiation,” the rules read.

In the radical proposal, SRC seeks to provide that public service institutions undertake negotiation within the parameters it has issued and that such can be reviewed only after four years.

The commission is seeking to provide that its advice concerning the remuneration and benefits of all other public officers is binding and that they are the ones who may review the same.

But unionists representing clinical officers, university staff, and teachers have said they will reject the rules, accusing the SRC of overstepping its mandate.

The Knut boss said the proposal is out of context and SRC should be led by humane people.

“The situation of the country’s economy requires employers and employees go straight into negotiations without involving external bodies that don’t under the reasons why they are getting into a negotiation,” Oyuu said.

Backing an earlier position by MPs that SRC was dealing with workers’ issues with a heavy hand, the Knut secretary said the commission should concentrate on its work as spelt in the Constitution.

“Let them stick to their work without causing animosity between them and other state institutions. We are disappointed with the proposal they are trying to make,” Oyuu said.

“SRC is to blame for the work disruptions that occur from time to time, as Knut, we are not happy with their proposal, and I would propose that they keep off completely.”

Wachira said the SRC has been overstretching its mandate outside the Constitution saying the commission should set the salaries for state officers but advise when it comes to civil servants.

“They want to overstretch mandate and set salaries for public officers through the backdoor. We will go to Parliament to reject the rules,” he said.

“We will go to Parliament to amend laws to provide explicitly the role of SRC when it comes to advising. You cannot give compelling advice.”

Wachira said they would seek to amend the law to restrict SRC to their mandate and for employers not to be compelled to take the advice - only be compelled to seek the same.

“The moment we are compelled to abide by the advice, it means the SRC is doing the work of setting the salary for public officers,” he said.

Uasu, during the BBI public forums, petitioned the unity task force to disband SRC and replace it with a University Service Commission.

In the rules, SRC wants state and public officers to earn either pension or gratuity but not both within the same period of service.

In a dig at civil servants’ pay, allowances payable to State and other public officers will not form the basis of computation of pension or gratuity.

Disband SRC, it has failed in its mandate — Uasu