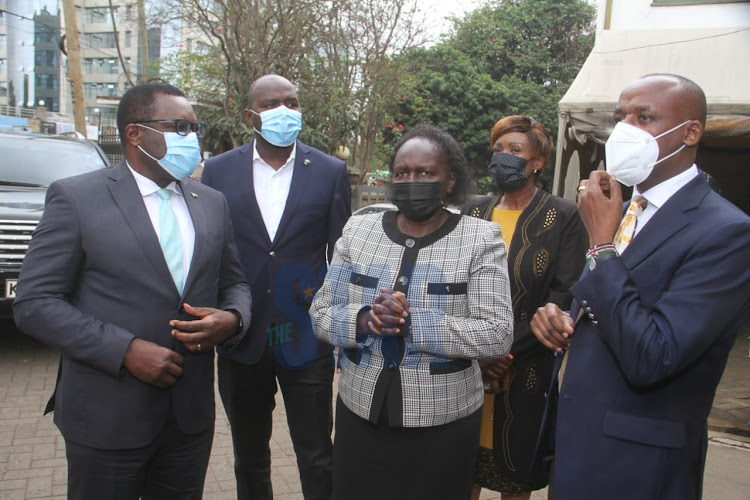 Senators have backed a bill scraping the requirement of a degree for MP and MCA aspirants.

They said the current law is unconstitutional and discriminatory.

The Election (Amendment) Bill, 2020 lowers the threshold for qualification to contest for a political seat in the August 9 general election and future polls.

It amends section 22 of the controversial Election Act.

“This degree requirement is unfair and unfortunate because it is clear in Article 38 of the Constitution that everyone has a right without unnecessary restrictions to enjoy political rights,” Elgeyo Marakwet Senator Kipchumba Murkomen said.

Murkomen is the sponsor of the bill that seeks to provide a lifeline for thousands of aspirants lacking the qualification.

He said the bill states that anyone who is a Kenyan citizen and is able to read and write qualifies to run for a political position.

For the deaf, the person must be literate in the Kenya Sign Language.

Citing the 2019 population census results, Murkomen held that only 3.5 per cent or 1.2 million Kenyans have a university degree.

“I can just imagine that the Kenyan people wrote a Constitution to govern 100 per cent of the people, but then from a statute, we tell them that Article 38 will only be enjoyed by 3.5 per cent of the population,” he said.

He moved the bill for second reading.

The proposed changes now awaits a final vote in the committee of the whole House before it is sent to the National Assembly for consideration.

Should the sister House approve it, the Independent Electoral and Boundaries Commission would be compelled to accommodate all the aspirants provided they meet the new criteria.

Already, the commission has said those seeking MP seats must have a degree after the courts failed to set aside the provision.

However, aspirants got a lifeline after the courts exempted them from the requirement.

Nairobi Senator Johnson Sakaja said that despite being discriminatory, the requirement has led to acquisition of dubious certificates by those lacking them.

“We have people who have walked around with degrees, but have no classmates. No one can tell you that I went to school with so and so and cannot even show a photograph from school," Sakaja said.

“No one says that a certain person taught them because they have gone and procured papers. These papers are everywhere."

“There is no academic requirement in United States. As long as you are a voter who is 21 years, you can become the President and command the biggest economy in the world."

Homa Bay senator Moses Kajwang said a political seat require a person who can listen and respond to the plight of their constituents.

“For the record, I do not support that proposal that for you to become an MP or MCA, you need to have a university degree,” he said.

He added, “In Parliament, we must insist on people who have their ears to the ground and who are articulate and able to bring the concerns and wishes of their people to Parliament.”

Nassir said the answer to questions about his degree certificate will be answered on August 9.
Counties
4 months ago

Aspiring MPs must have degrees - IEBC

"There is no educational requirement in respect of MCA aspirants," Marjan.
News
5 months ago
“WATCH: The latest videos from the Star”
by JULIUS OTIENO Journalist, Political and Parliamentary Reporter
News
22 February 2022 - 23:00