Ruto has not openly talked about scrapping the CBC system, he has neither rebuked his partners nor corrected the impression that UDA is anti-CBC. 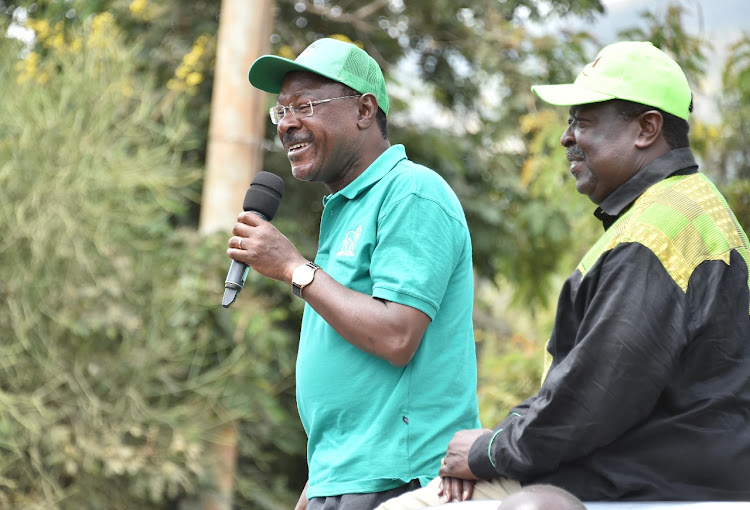 Deputy President William Ruto ally has come out to defend remarks by ANC's Musalia Mudavadi on the Competency-Based Curriculum rollout.

Musalia Mudavadi had pledged to abolish CBC if Kenya Kwanza forms the government.

While speaking during an interview on KTN News, Tandaza said the curriculum is expensive and burdensome to parents.

“For my constituency, for instance, most of the constituents are in rural areas, they don’t have classrooms, power,” Tandaza said.

He said the curriculum is good but it's proving to be too demanding, in terms of finance and resources.

“Parents are expected to download some materials from the internet, yet they lack internet access. Parents cannot afford CBC,” he added.

He also faulted the government for introducing a new curriculum without ensuring there’s adequate preparation for the same.

“It's not a question of whether CBC is bad or not, it's about the implementation. The current government has brought in a good curriculum but there’s no infrastructure for it,” Tandaza said.

Although Ruto has not openly talked about scrapping the CBC system, he has neither rebuked his partners nor corrected the impression that UDA is anti-CBC.

Experts warned that the push to scrap CBC will see more than Sh200 billion go down the drain.

Further, the education future of more than eight million CBC learners would be affected.

I will leave learners in safe hands - CS Magoha

CBC classrooms to be complete before national exams - Magoha

The second phase of construction of CBC classrooms is set to start in May.
News
4 months ago
WATCH: The latest videos from the Star
by LAURA SHATUMA
News
21 February 2022 - 16:51