Amisi said the ODM leader has the capacity to deliver to Kenyans.

• Amisi said the ODM leader has the capacity to deliver to Kenyans.

• The lawmaker was speaking at Kidundu stadium where the Azimio La Umoja political rally was held. 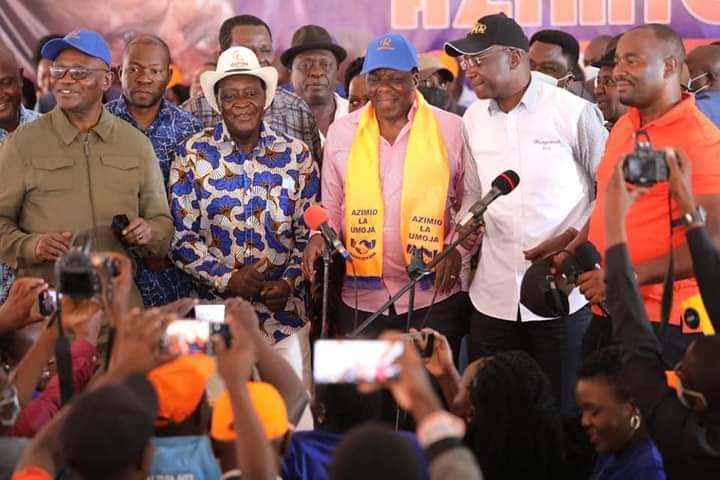 Speaking in Vihiga county where a team of ODM leaders had pitched a tent to campaign for the Azimio La Umoja, Amisi said the ODM leader has the capacity to deliver to Kenyans.

"Raila's political history and professionalism will enable him to stabilize our economy," he said.

The lawmaker was speaking at Kidundu stadium where the Azimio La Umoja political rally was held.

"Who are Ruto's friends, who will help to build Kenya. Raila has them across East Africa, Africa and globally," he said.

His sentiments were echoed by Luanda MP Omulele.

Omulele said it's Raila's time to clinch the top seat.

He urged the locals to stand firm and support Odinga's presidential bid.

"In politics, everything is possible you can change and join us for this race," he said.

"We want to have ODM from MCA, MP, Woman rep, Senator, Governor and the presidency as well."

MP Kizito who is ODM chair Western region said the nomination exercise will be free and fair for all aspirants.

Raila labelled Kenya Kwanza statement on the cost of living as noise.
News
11 months ago