•He will later make stopovers at Kombani and Ukunda.

• Musyoka will also hold rallies within the region. 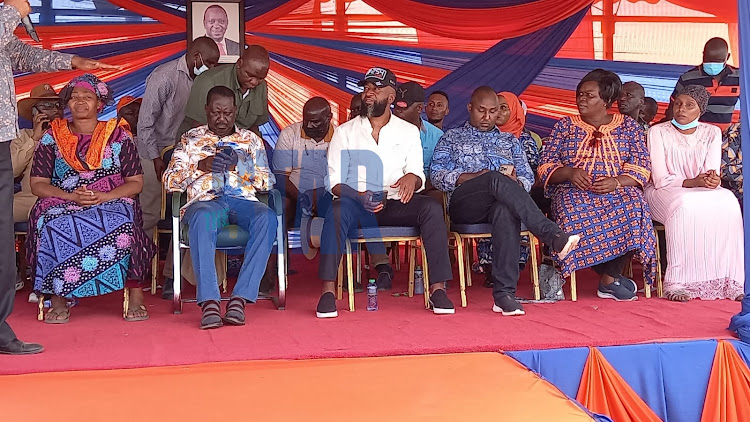 The ODM leader Raila Odinga, who is on a three-day tour of the Coast region, held a meeting with One Kenya Alliance chief Kalonzo Musyoka on Monday.

The two leaders discussed political matters and possible future alliances before proceeding to parallel rallies at the Coast.

Raila is currently at Mwangulu in Lunga-Lunga, Kwale County, for the Azimio la Umoja rally. He will later head to Kinango, where he will address the residents.

The former PM will make stopovers at Kombani and Ukunda for roadside campaigns.

Raila was on Sunday at Tononoka grounds in Mombasa.

He had earlier started his campaigns in Mazeras and Miritini, where he was received with hundreds of his supporters.

He drummed up support for his socioeconomic model of a Sh6,000 monthly stipend to poor families.

Raila said his idea was economically viable and he knows where to source the money.

Meanwhile, Musyoka is having back to back rallies within the region.

He will make stopovers in Kombani before proceeding to the main political rallies in Matuga and Lunga-Lunga sub-counties.

Says the party doesn't want to see small fights between their supporters.
Elections 2022
5 months ago