• He believes he is in a position to fix mining problems affecting the residents.

• He says the leaders have not settled the mining issues for the past decades. 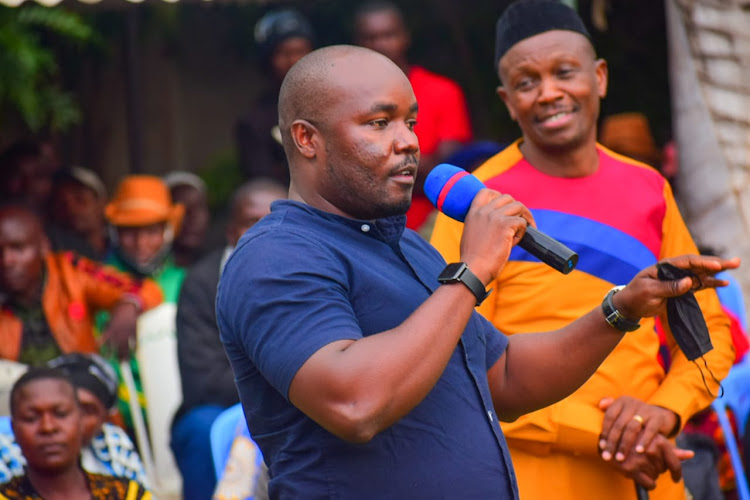 A city lawyer who claims to have been educated by the late Fidel Odinga has declared his interest in Migori senatorial seat.

Holly Edward Okwama revealed that ODM boss Raila Odinga’s late son paid part of his school fees and was ready to take care of the needs of the Migori residents if elected as a way of giving back to society.

“I want to offer leadership that takes care of the poor through empowerment and the one that will lead to the economic progress of our county,” he told the Star.

“Fidel Odinga paid my school fees while I was in the university. I had worked for 10 years to save money to study law but the meagre salary I got could not cater for my education. I sort for help and he came to my rescue to which I will forever be grateful,” he added.

Okwama was brought up as a staunch Catholic. He was an altar boy during his childhood at the St. Joseph Migori Catholic parish.

According to him, the area residents need a leader who understands the values and virtues of religion in leadership.

"I know how it feels to struggle in life, I want our people to thrive and be successful by empowering them in the best ways possible,” he said.

Before joining politics, the City lawyer has been at the forefront in championing for the rights of the less fortunate in the corridors of justice, represented big names, from legislators to corporates.

He says he has handled pro-bono cases, where he has represented the poor and vulnerable in society. He is a member of Sheria Mtaani, an NGO offering free legal aid.

He also worked as an Attorney for the RK Foundation, a group of volunteers offering support for those suffering from Cerebral palsy.

“I am from a humble background. I used to fetch water from the river Nyasare in Migori as there existed no tap water and fetched fire hood in Migori forest. Life was tough, we walked barefoot to Onyalo Primary School. I later joined St John's Seminary Rakwaro, and this was my turning point,” he told the Star.

He has a diploma, degree and a master's in the field of law.

On the political front, he says he believes ODM party ideology is best for the prosperity of this country, and Azimio la Umoja even makes it greater if the dream of unity can be achieved in Kenya.

He said that he was ready to fix the issues affecting the county and ready to work with like-minded leaders to achieve the dreams of Migori residents.

The race to succeed Migori Senator Ochillo Ayacko has attracted six youthful aspirants who will battle it out in the general election.

They include Victor Okuna, 30, a resident in Suna East constituency, Kenneth Okech, 33, a political science lecturer

Other aspirants interested in the seat are Misare Njaga, 31, Holly Okwama, 38, both of who are advocates in Nairobi and Philip Bunde a businessman and manager at SunKing Kenya, a solar provider.

Ayacko will vie for the governorship.

Shoddy primaries could see aspirants defecting to smaller parties or run as independents.
News
6 months ago
WATCH: The latest videos from the Star
by CLAUSE MASIKA
News
19 February 2022 - 13:19
Read The E-Paper