Raila arrived in Bomas after a 10-day trip to India. 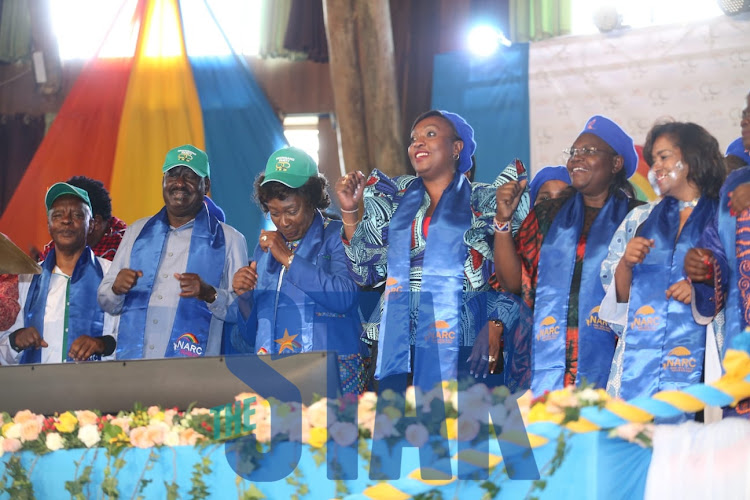 ODM party leader Raila Odinga has trashed claims that he is a government project.

"Raila akuwe project namna gani? I have been the prime minister and a government official how can I be a project? that is rubbish!" he said.

Raila was speaking at Bomas of Kenya on Friday during a joint NDC meeting of Muungano and Narc parties.

The ODM boss stood with his pledge for the Sh6000 social protection fund for poor families saying the programme has been implemented in other countries and the same can be done in Kenya.