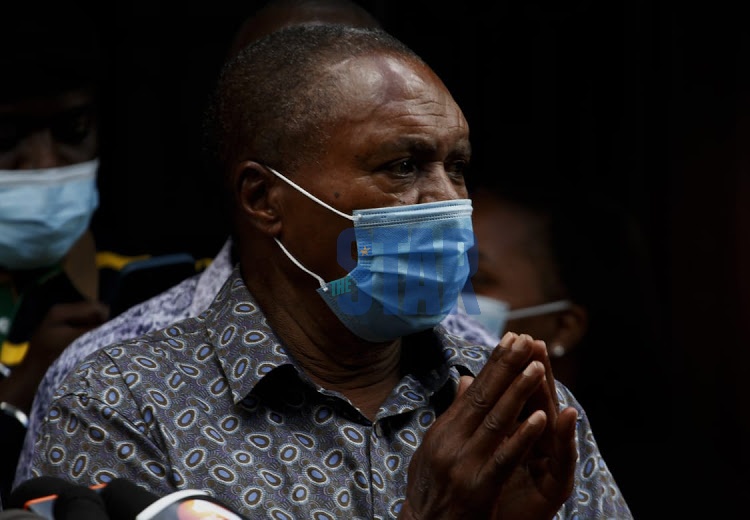 Parliament on Tuesday made history by approving the first intersex individual for the Kenya National Commission on Human Rights top job.

Dr Dennis Nyongesa Wamalwa a self-confessed intersex person was approved by MPs making him the first person of the third gender to occupy a top public office.

His approval also sends a message of the country’s resolve to recognise persons of the third gender.

The university don narrated to the vetting committee chaired by Kangema MP Muturi Kigano how he has suffered several human rights’ violations owing to his intersex gender.

Intersex individuals are people born with a combination of male and female biological traits.

According to 2019 population census, there are 1,524 intersex people translating to 0.003 per cent of the population.

“The nominee stated that his vision is to advance a culture for respect of human rights for all people and that he would work to implement the task force proposals on intersex persons and integration in the curriculum to create awareness,” read part of the Justice and Legal Affairs Committee’s report.

Nyongesa alongside four others were nominated by President Uhuru Kenyatta to the KNCHR.

Odede is former vice chairperson at the defunct Judges and Magistrate Vetting Commission while Bonaya is the widow of the late Cabinet minister Bonaya Godana.

In approving the nominees, MPs lauded the committee for carrying out due diligence and ensuring the interests of the minority is factored.

Dagoretti South MP John Kiarie said Nyongesa’s nomination stands out and a confirmation that the country is committed to recognising people of the third gender.

“For the first time in the history of this country, a self-confessed intersex individual will be nominated to a national independent commission,” Kiarie said.

“There is growing clamour for recognition of the third gender in the name of the intersex.”

Homa Bay MP Opondo Kaluma said the appointment of Nyongesa is a bold recognition of the third gender in the country.

“This would be the first person joining a government agency of that magnitude,” Kaluma said.

LGBTQ activists say MP's bill locks them out of parenthood

Understanding the plight of Intersex

Intersex persons are still vulnerable to discrimination and stigmatization
News
7 months ago
“WATCH: The latest videos from the Star”
by LUKE AWICH Political Reporter
News
17 February 2022 - 23:00