ODM has not made any decision on the flag bearer for August 9.

• ODM has not made any decision on the flag bearer for August 9. 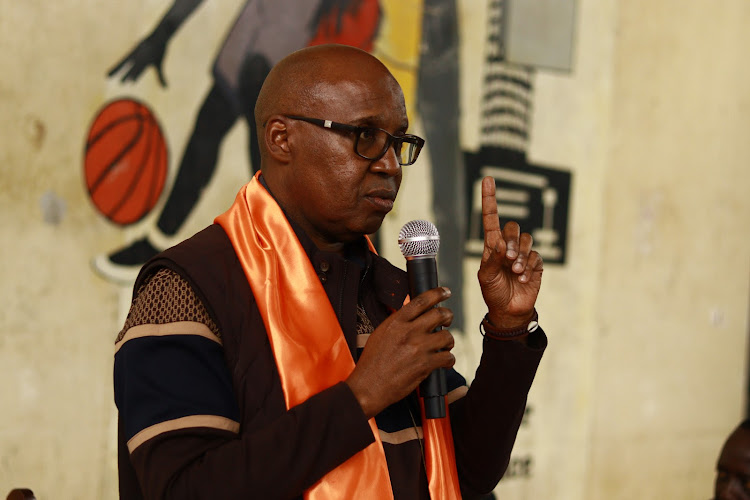 ODM has announced it will have a two-day delegates’ meeting on February 25 and 26 at the Nyayo National Stadium in Nairobi.

The business tycoon who has expressed interest in the party’s ticket has demanded that the party issues another NDC’s notice but this time round include the nomination of flag bearer as one of the agenda to be discussed.

According to Wanjigi, ODM has not made any decision on the flag bearer for August 9 and the same should be done in accordance with the party’s constitution.

A group claiming to be ODM delegates from Mt. Kenya and Eastern regions and aligned to the businessman on Wednesday gave the Orange Party one week to include the flag bearer in its NDC agenda or move to court to block the delegates’ meeting.

“If the above demands are not met within the next seven days, we will file a case to halt the NDC. We have already written to the Registrar of Political Parties and the Party’s National Election Board (NEB) on this crucial matter,” Nyandarua ODM delegate John Njenga said.

“We urge all ODM members and delegates to NDC to be extremely vigilant. ODM cannot be the Party to extinguish democracy.”

The delegates were addressing a press conference at a Nairobi hotel a day after the presidential hopeful wrote to ODM Secretary General Edwin Sifuna demanding that the notice be recalled over the omission of the presidential candidate from the agenda.

“As an aspirant for the party’s presidential ticket, the omission of this critical agenda at the Convention, in my considered view, is unreasonable, smells of ulterior motive, and is meant to curtail my rights as a life member of the party to participate in the party’s affairs,” he said.

ODM chairman John Mbadi on Wednesday scoffed at the court’s threats saying Wanjigi will not dictate the agenda of the top party’s organ.

“Who said it is him to dictate to us the agenda of the NDC? It is the NGC to approve the agenda after NEC agrees on the agenda,” Mbadi said on phone.

“Why would he interfere with the running of the party, there is a process. He should go and read the party’s constitution.”

According to the National Assembly minority leader, Wanjigi has not exhausted the internal dispute resolution mechanism as required by the law.

“You cannot stop any Kenyan from going to court but on what grounds now? He should write to NEC to propose an agenda that he wants to be included.”

“If he does not get hearing from NEC, he can register his dispute with Political parties tribunal. His lawyer should advise him. He is a member of our party, why is he assuming that the party will not hear him? The chairman will hear him.”

The businessman has also confirmed that the post is fake.
News
11 months ago
Post a comment
WATCH: The latest videos from the Star
by LUKE AWICH Political Reporter
News
09 February 2022 - 19:35
Read The E-Paper