• Malala has been one of the ardent supporters of Mudavadi. 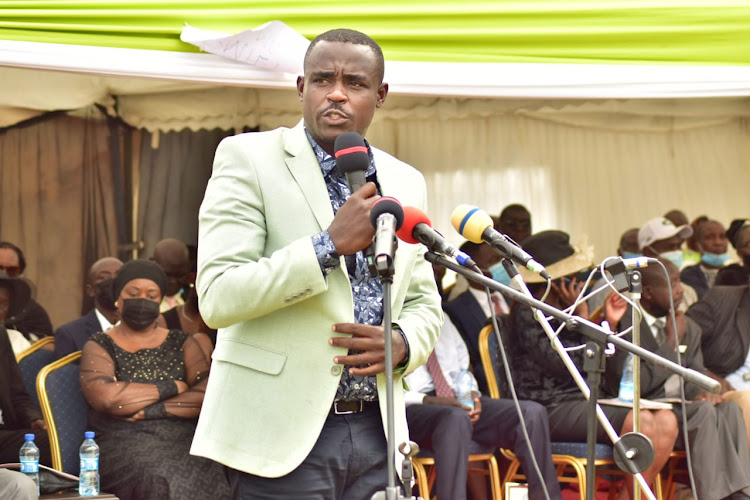 "The Kakamega Senator will take over the helm of the county party leadership, in-charge of operations and coordination of party activities.

"The outspoken Senator pledged to ensure that the party gains significant visibility and popularity as it strives to sweep all elective seats in Kakamega county and beyond," the ANC party announced on Friday.

Malala has been one of the ardent supporters of Mudavadi and the ANC leader is on record saying his strength in the party equals that of 10 MPs.

The Senator is reported to be among the ANC leaders who were on the frontline in negotiating a deal with DP Ruto.

Upon his election as Senator, Malala courted Raila for some time before they fell out and went back home and pledged to support Mudavadi's political stand.

He is eyeing the Kakamega governor seat in the August 9, elections.

He was first elected as MCA for a Kakamega ward in 2013 before he made a daring move to vie for the Kakamega senate seat in 2017, he won resoundingly.

The senator confirmed that he has taken the role and will actively advocate for the party matters positively in the county.

The rally will be hosted by ANC leader Musalia Mudavadi.
News
4 months ago

ANC MPs who moved with Mudavadi to Ruto's camp

Mudavadi on Sunday announced that he will work with Ruto.
News
5 months ago

Keep your money, I can't betray Mudavadi - Malala to Raila

Malala said he received a call asking him to join Azimio la Umoja in exchange of money.
News
5 months ago
by BOSCO MARITA
News
06 February 2022 - 09:05