•This means taxpayers will be unable to demand accountability on the use of their billions allocated to parties through the Political Parties Fund.

•The Political Parties (Amendment) Bill, 2021 that was recently signed into law, consequently blocks the Auditor from auditing main parties funded by the exchequer. 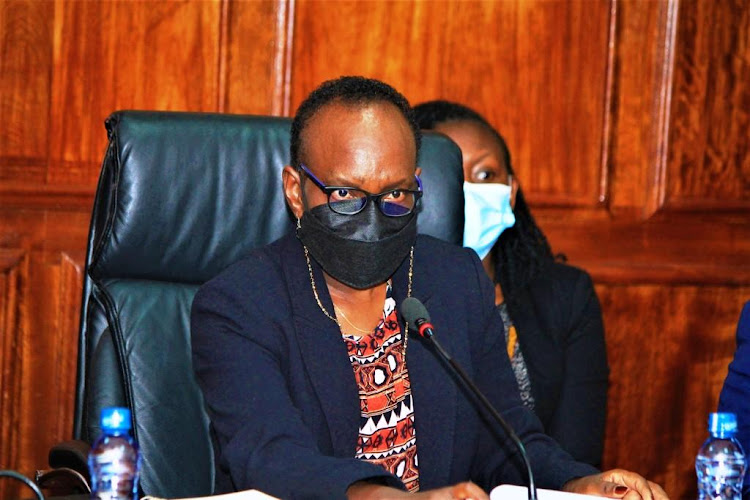 The Auditor General will no longer scrutinise the books of accounts of political parties annually despite the billions of taxpayers’ money allocated to them.

This means taxpayers will be unable to demand accountability on the use of their billions allocated to parties through the Political Parties Fund.

The Political Parties (Amendment) Bill, 2021 that was recently signed into law, consequently blocks the Auditor from auditing main parties funded by the exchequer.

Section 31(3) of the provided that: “The accounts of every political party shall be audited annually by the Auditor General and shall be submitted to the Registrar and tabled in the National Assembly.”

However, the MPs did away with the section, giving political parties a lot of leeway to spend the millions at their disposal.

“Section 31 of the Principal Act is amended by deleting section 3,” reads part 21 of the new Act.

This means Auditor General Nancy Gathungu will not be auditing political parties annually as is the current case but will only do so occasionally upon request by the registrar of political parties.

“The registrar may at any time request the Auditor General to carry out an audit of the accounts of a political party,” reads section 31(4) of the Principal Act that was enacted in 2011.

While the law requires a political party to keep proper books and records of account of the income, expenditure, assets and liabilities of the political party there will be no financial prefect.

The Auditor General will now be relying only on the books of accounts as submitted to her office by party officials without any mandate to enforce accountability.

“A political party shall, within three months after the end of each financial year submit to the Auditor General the accounts of the political party in respect of that year,” reads Section 31(2) of the Act.

As the MPs clipped the wings of the auditor general, with the help of the new law more parties will benefit from exchequer funding after the threshold was lowered.

The parent Act had provided that for a political party to qualify for state funding it must have had at least 20 elected members of the National Assembly, three senators, three governors and 40 MCAs.

However, despite the rules being relaxed to have more political parties benefit from the Political Parties Fund kitty, the auditor general’s powers have been limited.

The Political Parties Act, 2011, sets aside 0.3 per cent of the national government’s share of revenue to finance activities of political parties in the country.

Despite this provision, political parties have over the period received about 0.03 per cent from the Treasury.

The ruling Jubilee and ODM are currently the only political parties that are entitled to a share of the Fund.

Parliament allocated Sh1.96 billion to the Political Parties Fund in the current financial year 2021/222 to be shared among parties that qualify for funding.

President Uhuru signed the controversial Bill into law on Thursday.
News
10 months ago

The Bill required a minimum of 24 elected senators to vote in support to have it sail through.
News
10 months ago
Post a comment
WATCH: The latest videos from the Star
by JAMES MBAKA Deputy Political Editor
News
31 January 2022 - 23:00
Read The E-Paper