Mohamed was captured in Beni on suspicion of being a member of the ADF, an Islamist rebel group. 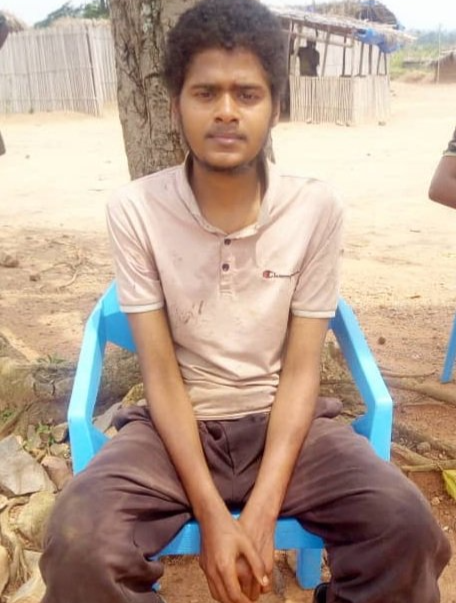 Kenya will ask the DRC to extradite a man arrested in the Central Africa nation's northern city of Beni on terror-related charges, security sources say.

Salim Rashid Mohamed alias Chotara or Turki Salim was seized by the Congolese army on suspicion he was part of the Allied Democratic Forces rebel group that has been conducting raids in northern DRC near the border with Uganda.

Mohamed is a Mombasa resident and a suspected terrorist on whose head Kenya had placed a Sh10 million bounty.

He was arrested on suspicion of being a member of the ADF, an Islamist rebel group operating on the border of Uganda and DRC.

Kenya will seek to have him extradited as he has an active warrant of arrest, officials aware of the plans told the Star.

In one photo circulating online, he is seen armed with a rifle. He was seen in an undated video showing the beheading an alleged Isis traitor.

In the video, the terrorists are seen with a machete shouting in Kiswahili and Arabic that traitors must be killed.

They are all wearing military fatigues and armed with machetes and rifles.

Several Kenyan youths from the Masjid Musa Mosque were last seen in the Goma and Butembo cities in DRC after getting temporary unofficial jobs as truckers.

Mohamed recruited the youths and planned their logistics to DRC by getting them temporary jobs as turn boys for trucks destined to the second largest country in Africa.

Freight forwarding companies owned by some Yemeni businessmen are often exploited during such terrorist operations.

Police say he was released on bond in 2020 over terrorism charges before he went missing.

Mohamed, who was linked to various criminal activities in Mombasa, is believed to have joined the Islamic State in Mozambique at the time.

In a video, Salim can be seen explaining to DRC residents that he and two other associates were en route to South Africa in the hopes of starting over.

Kenyan officials said they had been informed of his detention and were waiting for official communication on his possible extradition.

Mohamed, 28, jumped bail in 2021 in a terror-related case. His family says they do not know his whereabouts. His friends, neighbours and former schoolmates were shocked after seeing him in an undated video beheading an alleged Isis traitor.

He was sent to Turkey to study computer engineering after scoring an A-minus in the 2014 KCSE but was later deported. Mohamed fled to Mozambique to join the Isis and later sneaked to DRC.

He was described in a probation report as an intelligent man who has wasted his chances in life and chosen to engage in a dangerous trade.

Mohamed went to Qubaa Nursery in Mvita and later joined Qubaa Primary School, before being transferred to Abu Hureira Academy, where he sat the Kenya Certificate of Primary Education exam in 2010 and passed.

He joined a private secondary school in Mombasa in 2011 and sat his KCSE exam four years later, emerging as one of the top candidates.

Mohamed was selected to join the Jomo Kenyatta University of Agriculture and Technology but was not interested.

He was later enrolled at the Technical University of Mombasa to study computer engineering but dropped out after the first year.

He later enrolled for a certificate course in computer studies at Abraar Muslim School, after which he went for computer engineering studies at Istanbul Kultur University in Turkey.

He was deported from Turkey on suspicion of being a member of Isis after being found at the border headed to Syria.He was charged with the offence at Shanzu Law Court in 2017 but was acquitted for lack of evidence.

Security ramped up after warning of terror attacks

In 2019, he was arrested at the Moi International Airport over terror links and charged in court. He was accused, together with others not before the court, of being a member of the al-Shabaab terror group.

Mohamed was also charged with being in possession of items used to make improvised explosive devices.

This was after he was found with twin stranded wires, batteries connected in a series using a piece of carton secured by an elastic string, inductor coils, black particles and white explosive powder used in the making of improvised explosive devices.

Police said he was found with the materials on March 8, 2019, at Ngomeni in Kwale county.

After spending days in remand, the suspect secured a Sh1.5 million bond with one surety of a similar amount after Mombasa senior resident magistrate Rita Amwayi who said the prosecution did not have valid reasons to have him kept in custody pending the conclusion of his case.

He later vanished, and his disappearance was reported to the police in December 2020.

By then, at least eight witnesses had given evidence in the case, and an arrest warrant issued.

Police later arrested one Richard Lazarus Kivatsi, who had been communicating with Mohamed, and another suspect, Alfan Ali Juma, who was said to be in Mozambique.

According to the police, the two escaped to Mozambique after the court granted them bond.

Zaida Catalan and Michael Sharp were abducted and killed in the Kasai region in 2017.
News
6 months ago
by CYRUS OMBATI Chief Crime Reporter
News
30 January 2022 - 13:59