Kenya’s forest cover is 7.2 per cent and the government intends to increase it to 10 per cent by the end of the year.

• National Assembly’s Procedure and House Rules Committee wants MPs to repeal Section 34(2) of the Forest Conservation and Management Act of 2016.

• Tobiko said agreements that the country is set to default include the Climate Change Convention, Desertification Convention and Convention on Trade in Endangered Species. 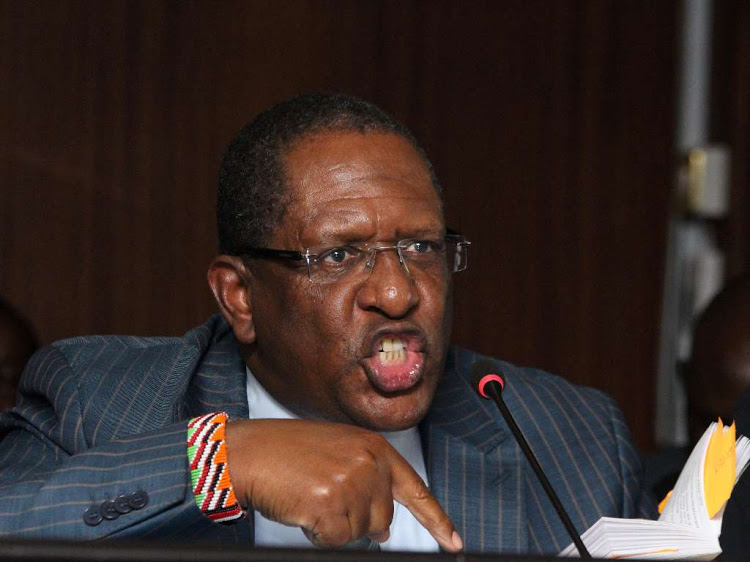 This is the stance of Environment CS Keriako Tobiko over attempts to amend sections of the Forest Conservation and Management Act 2016.

National Assembly’s Procedure and House Rules Committee wants MPs to repeal Section 34(2) of the Forest Conservation and Management Act of 2016.

The changes are contained in the Forest Conservation and Management (Amendment) Bill, 2021.

The section says that a petition seeking to alter or vary boundaries of public forests must seek concurrence from the Kenya Forest Service.

“The ministry’s position is that the proposal to remove this section will compromise the protection of the country’s public forests and thus compromise the capacity to provide the forest goods and services to Kenyans, which are critical to the national economy and livelihoods,” Tobiko said in a letter dated January 27.

The letter is written to the Speaker of the National Assembly Justin Muturi and his Senate counterpart Kenneth Lusaka.

Tobiko said agreements that the country is set to default include the Climate Change Convention, Desertification Convention and Convention on Trade in Endangered Species.

Kenya also signed the United Nations Decade of Forest Degradation at the last Climate Change Convention that requires countries to halt and reverse current deforestation by 2030.

Tobiko said KFS plays a cardinal role in the provision of technical advice related to Forestry Conservation Management to Parliament before any action is taken for alteration or variation of forest boundaries.

He said the move has not been brought to the ministry’s attention in the accepted official channels, rather through public media, causing panic.

The CS said it has caused doubt in the international community on Kenya’s commitment to attaining 10 per cent forest cover.

Kenya’s forest cover is 7.2 per cent and the government intends to increase to 10 per cent by the end of the year.

Some Sh48 billion will be needed to plant at least 1.8 billion trees.

Most of the resources needed come from donors.

Tobiko said the proposed amendments would weaken the statutory role of KFS.

“It will erode gains that Kenya has made globally on the protection of rare, threatened, and endangered species. There is the risk of opening a legal pathway for engagement in the trade of this species. Moreover, the potential loss of biodiversity will deny future generations the enjoyment of the benefits conferred by this unique species.”

The CS said public forests are national assets and any decision involving their utilisation, conservation and management should be subjected to a stakeholder consultation process.

He said the removal of Section 34 (2) will deny the ministry, KFS, National Environment Management Authority and other institutions a fundamental and critical role to provide technical input to petitions presented to the National Assembly.

“If the ministry and its SAGAs are removed from their role to provide technical forestry guidance in boundary alterations, the National Assembly may make decisions that are detrimental to international and regional agreements and obligations on conservation of forests and related agreements.”

He said the amendment will make it easy for alteration of forests boundaries.