Surgical rates cut by 50 per cent, but NHIF says they won't be introduced until both sides agree 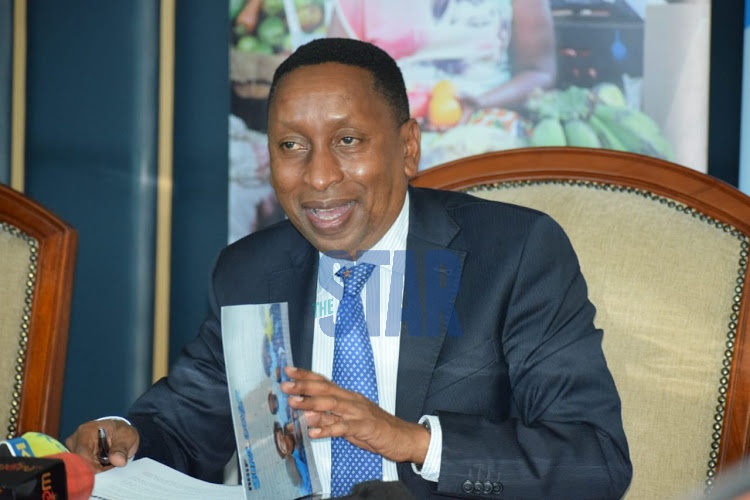 Private hospitals may not offer services to some members of the National Health Insurance Fund beginning Monday.

The Kenya Association of Private Hospitals said they cannot accept the heavily reduced rates that the fund has imposed on them.

“There has been no stakeholder engagement on the proposed rates. So unfortunately we cannot give services under those rates,” Abdi said.

The rates were to take effect in December last year, but in a letter dated December 30, NHIF said it had put them on hold to give healthcare providers more time to review their contracts before signing.

“Based on numerous requests by healthcare providers to be accorded more time to review the contracts," NHIF chief executive officer Peter Kamunyo said.

"The fund has resolved to extend your contract for a period of one month effective January 1 to January 31, 2022.”

Dr Abdi told the Star they have not signed the contracts because the new rates have not been considered.

Further, Abdi said most private facilities will be reimbursed only Sh20,000 for a caesarean section.

“This is way below the professional fees recommended by the Kenya Medical Practitioners and Dentists Council,” Dr Abdi said.

“For instance, for the caesarian section, an obstetrician is supposed to charge Sh96,000 or maximum Sh180,000 and anaesthetists fees minimum Sh30,000, or a maximum of 60,000 then you have charges for the hospital but NHIF wants to pay Sh20,000 for everything," he said.

The new contract says hospitals must not co-charge patients anything beyond what NHIF pays.

Abdi said the fund has defended the charges saying it will bring the facilities more clients.

“But the cost of non-pharmaceuticals such as gloves and machines has gone up, especially after Covid, the dollar has gone up.”

However, NHIF chairman Lewis Nguyai told the Star they held talks with private facilities in January and are still open to more negotiations before new rates take effect.

“There has been to and fro and everybody will use their own negotiating tactics. We always endeavour to ensure that we put 100 percent public participation,” he said.

He said they are ready to extend the old rates until both sides agree on new rates.

“But then it is important I tell both the doctors and the hospitals there is a God-given opportunity because we will extend the contracting until we move to regulations so there is a huge opportunity now for renegotiation and discussion," he said.

Nguyai spoke to Star at Jumuia Hospitals in Huruma during the launch of NCCK Afya Njema programme.

Earlier this week, Health CS Mutahi Kagwe complained NHIF had been paying too much to private hospitals, attributing it to medical fraud, including impersonation of beneficiaries.

The NHIF Amendment Bill 2021, which MPs passed on December 21 and is now awaiting President Uhuru Kenyatta’s assent, allows the fund to review rates paid to contracted facilities once every two years.

“The biennial review will enable the fund to seal loopholes that some dishonest health service providers have been using to enrich themselves at the expense of Kenyans,” Kagwe said in a statement to newsrooms.

The KAPH said the CS statement on biennial review was welcome.

"Very true but NHIF have reviewed the prices downwards with the new contracts and that is why providers have not signed yet," Abdi said.

A breakdown of NHIF membership

Formal Sector accounts for 3.25 million people out of which 64.6 per cent are active.
News
6 months ago