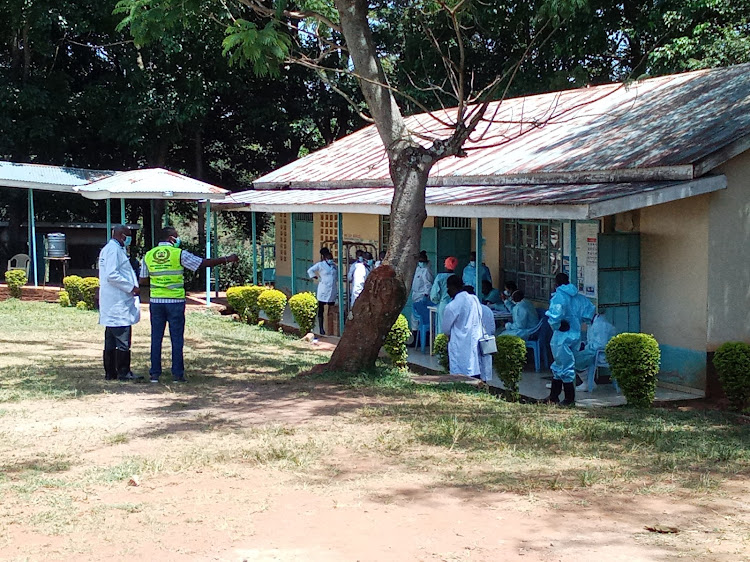 Autopsy is complete on 17 bodies retrieved from River Yala but Kenyans will have to wait to get full details on the cause of their deaths, police and pathologists said Thursday.

Government pathologist Johansen Oduor said some of bodies have decomposed to a degree they can hardly be identified.

"We started the exercise yesterday. So far we have done autopsy on 17 bodies and we are continuing, hoping that we shall be done by today evening or tomorrow," Oduor said.

"Some of them are very decomposed, some are skeletons but we have about three which are fresh," Oduor said.

Police spokesperson Bruno Shioso promised the details about the cause of death will be made public.

"We are interested in understanding the cause of death. This should come out at the end of the investigations," Shioso said.

He called on Kenyans to keep their cool and stop speculations."Let us give experts from the police and other partners in this exercise ample time to do their work. We have faith in them on their capacity and capability."

He explained that the teams at the Yala mortuary are documenting the bodies in a professional manner and collecting DNA samples to help with full identification.

Shiosho however maintained that only two bodies, that of Philemon Chepkwony from Kericho and Peter Mutuku from Machakos, have been claimed.

He did not respond to the case of the Busia family that claimed yesterday that their father, Donosio Oteba Okituyi who disappeared on February 7 2020, was in the morgue, wrapped up with ropes and his testicles strained.

"Only two families from Machakos and Kericho have claimed the bodies but they will have to wait for DNA identification," he said.

Nonetheless, postmortem on the body that the Busia family is claiming has been done and is among the 17.

Shiosho said the official number of bodies that had been retrieved from River Yala is 22. He said 19 had been found initially and three more were retrieved last Monday and Tuesday.

Nicholas Okero and rights activists led by Haki Africa, on the other hand maintain that the bodies are more than that.

The families from Kericho and Machakos were not at the morgue on Thursday and are reportedly tired and retreated to their homes after it emerged yesterday that they will only be able to collect the bodies after at least two weeks.

DNA identification is projected to end in about two weeks.

Maurice Ochieng Okinja, who had accompanied a family from Ojwando village in Nyang'oma Kogello, Siaya county, had an opportunity to get inside the morgue.

He said, "I went in to help them look for him (a primary teacher whom he only knew as Madoto) but I have seen is traumatising.  There are so many bodies piled up in the mortuary. Some are skeleton. Others are so white I don't know how to describe. Others have their flesh falling off. And the stench inside there is unbearable. Houseflies are all over. I am traumatised."

Although the Star did not get an opportunity to speak to the family from Kogello who were looking for their missing relative, Ochieng said the missing person (Madote) was a primary school teacher.

The siblings explained that a scar on their father's knee helped them identify him.
Counties
3 months ago